Legend of the Guardians The Owls of Ga'Hoole 360 Review

Legend of the Guardians The Owls of Ga'Hoole 360 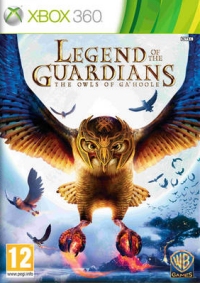 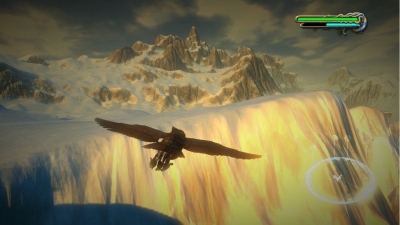 Legend of the Guardians: The Owls of Ga'Hoole is a flight combat game based on the 3D CGI film of the same name that while being worth a look, lacks depth, has some key weaknesses and will likely struggle to deliver for its target audience.

We're all thoroughly used to the idea that every time a big-budget kids' film hits the cinemas, a mass of merchandise and spin-off products hit the shelves. Usually with said stuff, quality or function is of less concern than the closeness of the tie-in, with the logic being that if the film's a hit, kids will want anything that looks like or relates to it is any way.

Partly for this reason, with a few mega-franchise exceptions, games based on kids' films don't have too strong a track record for either quality or imagination - certainly narrative-wise, you can normally expect to be rehearsing in the game material that is pretty familiar from the film, and if the film is itself a adaptation of a book, then all the more so. In this sense, therefore, The Legend of the Guardians constitutes a fairly bold move in that it is based around a totally different story to that of the film and the books on which the film is based, and focuses on a character that doesn't feature in either.

We play as Shard, the son of a once-great temple guard who was falsely accused of betrayal and ostracised following a violent attack that resulted in the slaughter of the inhabitants of the Great Tree. As Shard completes his training and becomes a Guardian of Ga'Hoole, word arrives of the re-emergence of the Pure Ones, ancient, near-mythical enemies of the peace, who have apparently taken control of an orphanage and are forcing its inhabitants to scavenge for flecks - mysterious and powerful magnetic particles. While this rumour is generally dismissed, Shard's mentor is concerned and entrusts to Shard the task of investigating the stories and, should they prove founded, putting an end to the evil schemes of the Pure Ones, and thereby offers Shard a chance to restore the honour of his family name.

The game draws on the same weighty, emotionally loaded themes and inhabits the same, surprisingly violent, world as the film.

Despite its indirect relationship with its storyline, this precis of the narrative shows how the game draws on the same weighty, emotionally loaded themes and inhabits the same, surprisingly violent, world as the film. While it's true that it's not aimed at young children, the visceral, talon-based, to-the-death combat and total lack of qualms about the themes of mass slaughter, slavery, kidnap and exile lend a significantly and perhaps unexpectedly dark tone to proceedings.

Legend of the Guardians is essentially a flight combat sim along the same kind of lines as dragon-based swoop fest, Lair from a few years back. The flight mechanics are pleasing, allowing smooth, graceful flying and swift, agile aerial combat manoeuvres, which are further enhanced by various learned skills. Control-wise, the left stick handles basic directional commands, while the right brings the flash in terms of rolls, spins and the fancier moves. The combat scheme revolves around a simple, but frustratingly implemented, lock-on system which uses a bumper to focus on a target and then the main buttons to launch various attacks, most effectively in combination flurries. While combat options are fairly limited, the pace and style of the fights make them, initially at least, a decent amount of fun.

The key weakness with the game, however, is its lack of breadth. While some of the missions involve protection, race or rescue themes, the vast majority of time is spent preparing for or engaging in mid-air combat with bats and various evil owls, and once the best combinations of attacks for killing each type of enemy has been ascertained, things get really samey, really quickly. For a full-price title, the game is distinctly short, with experienced gamers being offered scant more than three of play, however, this is less of a problem than it might be because the monotony of the gameplay will likely render most players bored in half that time.

It's also difficult to know who this game is really aimed at. It's a CGI kids' film tie-in, but it has a totally new story, strange, dark overtones, fairly violent action, and a technical, repetitive gameplay style that will quickly frustrate and bore younger gamers. However, at the same time, it is in no way deep, varied or rewarding enough to sustain the attentions of older, more experienced gamers who might be more able to cope with the strategic, repetitive style. I encountered few-to-no good reasons why someone might be led to explore the game beyond the first run through, and certainly found myself with very little desire to reencounter the same challenges as a different type of owl.

The wider experience of Legend of the Guardians also provides little to write home about, with the glossy surface of somewhat impressive visuals and a decent score being spoiled by the greasy fingerprints of annoying frame rate issues, widespread 'pop up' in background transitions, extremely repetitive speech which involves some cases of borderline-hilarious voice acting, and curious instances of stuttering sound.

While it's sometimes tempting to dismiss film tie-in games (especially in terms of kids' films) in all but the most big-budgeted instances, with its laudable attempt to construct a novel, parallel narrative and its strong flight mechanic, Legend of the Guardians is certainly worthy of investigation. However, given that it offers so little in terms of breadth and depth, and boldly eschews straightforward pandering to the fans, it's tricky to come up with a demographic that can be reasonably expected to get full-price value out of it. Big fans of the franchise and flight-combat geeks will probably find a short rental rewarding, but if you're looking to buy, I'd look elsewhere.

Guest review by Really Quite Tired

Really Quite Tired wrote this Tech Gamer article under the watchful eye of Simon Arquette.