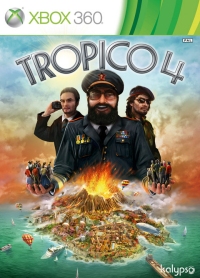 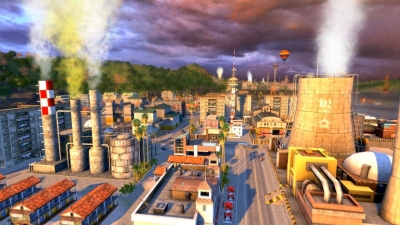 Tropico 4 leverages a technical experience like Sim City, but then injects Fable's good or bad mechanics for truly open world. You may need to bring your own fun, but for those who invest the time, Tropico gives back as good as it gets.

The premise of Tropico 4 hasn't changed a lot since the last game. You're a dictator with an island who can pretty much do whatever he wants. A little like Fable 3 you can choose whether you want to play it straight laced or master of destruction.

But still, Tropico 4 is one of the most open games we have played for a long time, and even more so than the equally island based Just Cause 2. While there is a mission structure (based around the instructions of advisors, foreign diplomats and so on) you can take of leave this element.

The game achieves this by leaving it up to you how you make money and generally go about your "dictating". There are a number of different options -- although it must be said that each of them edge you closer to an industrialise Nation State. For example you can focus your efforts on gold mining this may lead to creating a line of fashionable jewellery. This and hundreds of other options like it mean you can fund your activities how you see fit.

Whether this is a good thing depends on how much hand holding you like in your videogames. Tropico 4 is the antidote to Uncharted 3's directed cinematic experience and as a foil to Naughty Dog's characters and drama, it offers diversity and breadth of options.

Ironically though, it's Tropico 4's multitude of scenarios that is its weak point. As it recreates the real world headaches of an island dictator, it comes dangerous close to becoming mundane. Some will relish nannying the island populace, but others will want a little more excitement.

Give Tropico a chance though and it creates a knife edge balancing act worthy of any Sims game. In fact perhaps this should have been called Sim Island Dictator. Like those games there's not a huge amount of depth beyond the tweaking of the simulation, but there is a morbid fascination in seeing how things play out.

I enjoyed creating cities in Sim City that only connected the populace to commerce and industrial areas with trainlines so that had to get the train to work - then I could hike up the public transport costs. Equally, I found it fascinating only providing dog food for my people in The Sims and seeing if (or how long it took before) they ate it. If these scenarios appeal to you then Tropico 4 is probably a game you will enjoy.

To keep track of your island there is an Almanac that offers stats on foreign relations, faction standings and money. It's part of how the game has been made more understandable in its fourth iteration, and a clear plan to make it more palatable to a wider audience.

While this is commendable, the problem will be that for players of the previous games it will feel a little like it's lost its bite. In making it easier, Tropico 4 has become a little mundane in places. The frantic struggle to keep the island afloat is lost in the mix.

Those who have played the previous games will notice the appearance of Ministers who help protect you from Tropico 3's zealous policy-alters. Natural disasters add some more spice with mother nature having her say from time to time. But other than that this will be very familiar - even down to buildings and menus.

This can all sounds a little negative, but that is a disservice to Tropico 4's ambition and real moments of genius it creates. Seeing off a rebellious populace, or putting in place a new revenue stream may sound mundane, but within the context of this living breathing world is actually very exhilarating.

Threading through all this is a genuinely good sense of humour that made me laugh a number of times. It may not have all that to offer a seasoned follower of the series, but for those who simply want more island domination fun, or who haven't played before.

You can support Simon by buying Tropico 4