Rise of the Guardians 3DS Review

Rise of the Guardians 3DS 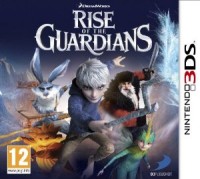 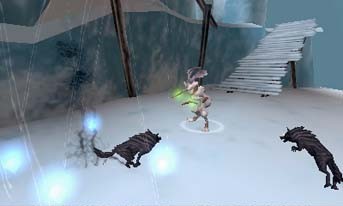 Rise of the Guardians on 3DS at first seems like a perfect partner to the 3D film, with animated characters cheerful seasonal design. So why is it so awful?

My first sinking feeling about Rise of the Guardians 3DS came about during the introductory story. It featured some great re-imagined cartoon panels of the story of the film's characters, but for some reason there was no depth to them. Or rather, there was depth, in that there were flecks of "dirt" on the screen which stand out from the panels, as if viewing the scene through a grubby window. But the images were completely flat.

It's not that I think every single screen of a 3DS game should be bursting out of the frame, but given that the art style was thick shapes and silhouettes - as if cut out of card - it seemed almost nonsensical that these screens should completely ignore the 3D capability of the 3DS. But, I told myself that at the end of the day the comic-book introduction is a very small part of the game and I pressed on into the adventure.

What I discovered beyond the introduction was a travesty of a game. A sub-par shovelware title that seems to care as little for its audience as it does for the 3DS as a platform. I was so dumbstruck by the level of quality, I found myself returning to the cartridge and the packaging to check that I hadn't accidentally been sent a demo version by a programmer, intending to show his boss a basic game structure before committing another year to development.

I have to find something good to say about Rise of the Guardians 3DS. Ummm... the box is very nice.

It's a game which falls down technically in many places. It's nice that after the disappointment of the 2D introduction, the game does feature 3D environments, even if the effect is a little flat. It would be nice to boost the perspective more and allows users to adjust the level of 3D for themselves, but sadly that's not happening here. However, the energy bars for the characters are always drawn at screen depth, regardless of the position of the creature, meaning that most of the time the health bar looks sunk into the floor and it's a very uncomfortable effect to look at. It happens occasionally in other games (usually the result of a wandering camera) but here the bug is throughout.

Even on the game's map, there seems to be a bug which draws the landmarks "behind" the paper. Tilting my 3DS slightly I could see that if the images were reversed it would provide quite a nice 3D effect. Clearly this is simply another broken feature which hasn't been corrected through testing. Overall the visual quality feels like a DS project which has been hastily ported to the 3DS.

None of this would be a problem if it was fun to play. Rise of the Guardians 3DS takes the form of a thirdperson dungeon crawl through seasonally-themed levels, with the player taking control of North, Tooth, Bunnymund, Sandman, and Jack Frost and battle through each level to collect important story elements. Now, I've enjoyed many a game with patchy technology that is just simply fun to play (even 3DS launch title Ghost Recon: Shadow Wars' regular "black screens of death" can't stop me loving it).

Sadly, Rise of the Guardians 3DS is not a diamond in the rough. The gameplay is shallow, unrewarding and hacking through waves of carbon-copy enemies feels like a chore. The levels are visually quite distinctive but in their layout, they feel like a series of interchangeable mazes and ramps. Add to these little bugs the patchy frame-rate, bland scenery design and indistinct in-game characters and it paints a very bleak picture.

For my own sanity and continued belief in balanced opinion, I have to find something good to say about Rise of the Guardians 3DS. Ummm... the box is very nice. Also the game's structure is slightly non-linear which is always... y'know... fine. Nope, I'm afraid that's all I have.

I've hated games before, but not like this. Usually I dislike a game because of key design decisions or elements which aren't to my personal taste. At least those games have provoked an emotion connection through play, even if it's negative. This is the first time in a long while I've been disgusted that a title has made it to retail. This game isn't just misjudged, it's actually shocking how badly made it is. When I have to write a review like this, I find myself imagining how the game's programmers would feel, reading my words. In the case of Rise of the Guardians 3DS I can only hope that it was incredibly tight deadlines that led to this end result. Rushing it out in time for the film can be the only excuse.

There have been a few games released recently that seemed ill-judged on the 3DS. Pokemon Dream Radar was a 3DS-only release alongside Pokemon Black 2 and White 2, seemingly as a sop to those disappointed by the series' dogged obstinacy against moving to a more up-to-date platform. But, even that 3DS-only title rendered all of its visuals in 2D, despite being an Augmented Reality shooter. Myst 3DS also disappointed with its decision to simply port the existing handheld version of the game on to the flat touchscreen, rather than recreating Myst's incredible world in 3D, which is what fans were really hoping for.

The release of this game could be taken as a good or bad sign. On the one hand, it's a return to the casual movie tie-in dross which had thankfully started to die out in recent years in favour of some quite intelligent game partners. But, on the flip side, maybe it's a good sign for the 3DS as a platform and an indication of the breadth of its market that it is now worth companies throwing out a hurried game for a quick buck? But that's hardly a good sign for customers and gamers.

To summarise, you should avoid this game like genetically-boosted plague. I'm fairly confident that Rise of the Guardians 3DS is the worst game so far released for the 3DS.


You can support Chris by buying Rise of the Guardians