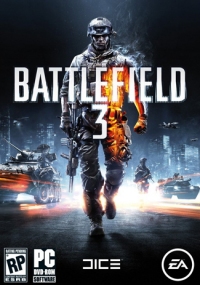 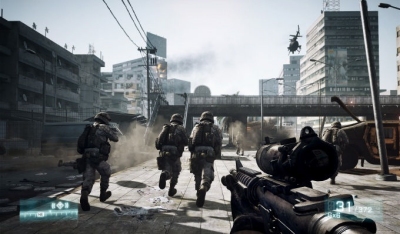 Battlefield 3 won't revolutionise the shooter genre, but with subtlety and confidence in its strategic take on warfare I'm as excited about this game as I have ever been.

There's a war going on. Ironically, it's a war between war games. Activision currently holds the First-Person Shooter fortress with its Call of Duty series. EA Games have already begun the siege with limited success: Battlefield: Bad Company 2 still attracts a large player-base, though last year's Medal of Honour reboot was far less successful. Their next effort will be Battlefield 3, and it looks promising.

What distinguishes Battlefield 3 from the pack is that DICE, the game's developer, have claimed that their primary focus is on the PC gamer. This fact alone has me hugely excited about the release. When it comes to big releases, us PC gamers are lucky to get a half-decent port. Not since Crysis in 2007 has a developer genuinely tried to test the limits of available hardware, preferring instead to focus on the technologically-limiting but more popular consoles.

As such, early footage of the game is stunning. It's not head and shoulders above current visuals -- the advances are more subtle than that. Animations are coming courtesy of EA Sports' FIFA team, who are gradually mastering the art of making digital people move realistically. In the footage, team mates look around nervously, they each walk differently, and each different animation links smoothly to the next.

The advances are more subtle than that.

While perhaps we should be demanding more gameplay innovations in our games, graphical improvements have their place. These animations, for example, bring the entire digital world to life, which increases immersion and, therefore, tension. Immersion, for me, is perhaps the most important aspect of videogames: I like to be taken to a different world when I play, and thus little advances like this are steps in the right direction.

Shiny new graphics aren't Battlefield 3's only distinction. DICE's Frostbite engine, now in version 2.0, is one of the most powerful around, allowing for almost complete real-time destruction of architecture. What this means in game terms is that as players shoot at each other, the cover that would normally provide infallible protection will wear away.

Even houses will disappear under enough fire, collapsing as their framework disintegrates. DICE used this to create some memorable moments in Bad Company 2, and changed the way I think about the environment in shooters at the same time.

As a keen observer of new technologies, Battlefield 3 is shaping up to be a winner.

These advances will have a sizeable impact on the multiplayer game. With high-powered vehicles at each teams disposal, including tanks, helicopters and jets, no building is safe, and no map will look the same by the end of a game. We can say goodbye to people just learning the maps and finding the best spots, and welcome having to adapt to an ever changing battlefield.

As a fan of shooters and a keen observer of new technologies, Battlefield 3 is shaping up to be a winner. While it'll still be a basic shooter at heart, with the gorgeously immersive new graphics and exciting technological advances, Battlefield 3 is easily one of my most anticipated games this year.


You can support Simon by buying Battlefield 3