All Your Base Are Belong To Us

All Your Base Are Belong To Us Article 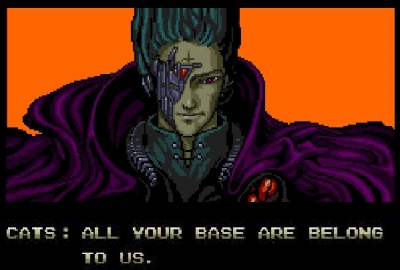 One reason videogames take longer to be released in the UK is localising their language, cultural references for the different European countries. Christian Arno, founder and Managing Director of global translations service Lingo24 explains how this technical area of development works.

From humble beginnings the video game industry has grown into a vast, globe-spanning entity. The huge blockbuster titles tend to ship to every major market (though not always simultaneously) and even small independent releases are increasingly more likely to be localised in order to extend sales potential.

In gaming's early days, localisation was often an ad hoc afterthought: the European Sega Mega Drive adaptation of Japanese arcade game Zero Wing passed into popular - or at least gamer - culture with such unintentionally hilarious gems as "Someone set up us the bomb" and "All your base are belong to us".

These days a lot more planning and thought goes into the process. Some games are still translated and adapted retrospectively, but it can be far more effective to consider localisation issues right from the off. And incorporating, or at least planning for, localised versions can save developers time and money in the long run. The use of the sim-ship (or simultaneous shipment) model, where the original product is released together with the localised versions, is becoming increasingly prevalent.

Basic linguistic translation is obviously a huge part of the localisation process but there are other important issues to consider. In order for a game to successfully cross markets, attention must also be paid to areas such as cultural perceptions and preferences in graphics and music and various technical issues.

Good quality translation is undoubtedly the single biggest aspect of game localisation. All spoken dialogue must obviously be translated, but then so must content within areas such as the user interface, menus, in-game help files and manuals.

To maintain a fully immersive experience, written information that is not integral to the game but forms part of the visual background may also benefit from translation. Examples could include such things as street signs, advertisement hoardings or newspaper clippings, but this could entail a great deal of extra work and may not be considered necessary. A developer may wish to retain the Japanese flavour of a game being localised for the American market or vice versa, and retaining the original images may in this case be desirable for written information that is more atmospheric than integral.

Ideally all translation should be undertaken by native speakers from the target market. The main priority of game localisation is to preserve the gameplay experience, and translation that is not only technically accurate, but that also captures cultural nuances, is essential for this.

Speaking at the 2010 Tokyo Game Show Yoichi Wada, president of Japanese developer Square Enix, said, "How do you truly globalise? I think you have to work with people who grew up overseas, who grew up breathing the culture. It’s impossible otherwise."

A choice must often be made about whether to use dubbing or subtitles. Subtitles may in some cases be the easiest solution, especially if you are retrospectively adapting a game that was not designed with localisation in mind, or for a market not originally considered at the design stage. Subtitles can be distracting for the player, however, especially on a fast-paced or action-intensive game. They might be fine for cut-scenes, but who can spare the attention to read a subtitle when negotiating a hairpin bend at top speed or fending off a dozen heavily armed foes?

With such a global market, however, it is well worth the effort.

Dubbing can be better, but it must be of high enough quality. If famous actors were used for the original, the expense might prohibit using similarly high profile voices for every. But at the least, professional voice artists should be used. When it comes to preserving that all-important gameplay experience, few things are more off-putting than stilted, unprofessional or simply bad voice-acting.

Language translation must also be considered in conjunction with software engineering and design issues. Translated text strings need to be appropriately placed within the software, for example, and hot keys may need to be remapped for different keyboard layouts. Some interface elements such as drop-down menus and dialogue boxes will have fixed dimensions, and allowances must be made to accommodate scripts that may take more or less space to convey the same information.

There are undoubtedly many challenges facing developers when it comes to game localisation. With such a global market, however, it is well worth the effort, and localisation will undoubtedly continue to be the norm rather than the exception, or a hastily thrown together afterthought.