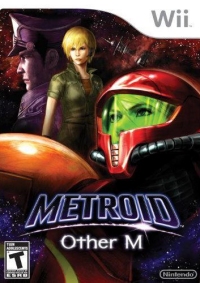 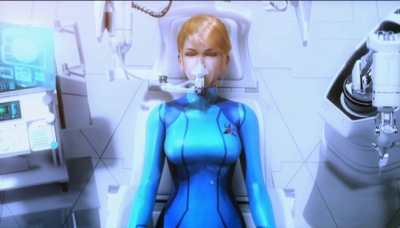 Metroid Other M is a 2D rendition for today. Drawing on strong source material it delivers a confident experience that me and my friends played through numerous times.

I'm not old enough to remember all the Metroid games, but I've been around long enough to know that it seems to have a split personality. They are sometimes a near perfect first person shooter, while at others lack attention to some basic details.

It only took an hour or so with my friends and the game to work out that this is a Metroid game that works. It combines the best of the 2D Metroid games integrated within a 3D world.

Although some of my friends are purists about which Metroid games they think are the best, we all seem to get along with this subtle halfway house of Other M.

Most of the game you play with the Wii-mote sideways and only have to worry about left and right movement. Long corridors leading into rooms of enemies before more corridors lead you out again suites the 2D play.

The aspect of the game that got us most excited though - and competitive - was how many rooms we had totally cleared. I'm not talking about just killing the enemies for the blue dot, the tasks we took to was finding every last item of treasure. Purists will love the lengths Other M gets you to go to find all of these. Classic.

Each one is a serious challenge and took every ounce of platforming ability to beat.

Combat in Other M is again controlled on that sideway Wii-mote. Tap a direction button and you can dodge out the way of enemy attacks. This enables you to charge your shot, which when full emits a great little noise from the Wii-mote speaker that made us all smile.

It's tactics like this that take a while to perfect, but you will need if you are going to get past Other M's boss battles. Each one is a serious challenge and took every ounce of platforming ability to beat.

It's here that Other M loosens its 2D perspective. The moment it first switches to 3D is really exciting. You then point the Wii-mote at the screen to shoot as you would in a light gun game. It sounds clumsy but works really well.

Other M is direct and uncluttered - just like the old 2D games.

Even though Other M under-delivered on some cinematics, and could have upped the challenge in a few places, the chance to revisit such a genuine re-imagining of Metroid was more than worth it.

Other M is direct and uncluttered - just like the old 2D games. The developers have made some wise decisions that result in a really fun game. We played it through a number of times - and even went back to the 3D Metroid Prime games to quench what was left of our Samus appetite.

You can support Rowan by buying Metroid Other M