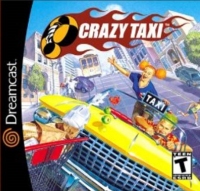 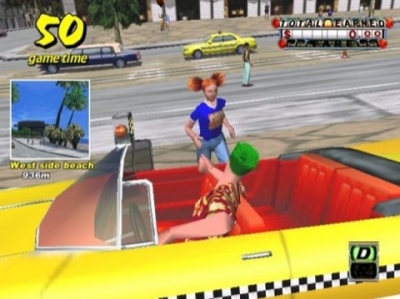 Retro classic arcade racer can still go the distance and show some fun.

Choose one of four taxi cars. Drive like a nut. Pick up customers. Drive like a nut a bit more. Drop them off at their destination. Do the same again as much as possible until the time runs out. That's pretty much it - but then there is also so much more to this great game.

It's an easy premise but some of the skills needed to keep the taxi meter and the game ticking over are tricky to master - including the speed dash, power slides and navigation of the San Fran roadways. With passengers ranked according to ease of destination journey (as green, yellow and red) it's possible to have a strategy amongst the crazy driving and shameless product placements. Car handling is arcade-style and more fun than accurate which is great - after all, it's a game and not a simulation!

Driving around in a game has never been so much fun. Sure, it's not accurate and yes it's annoying how quick each game finishes - but that is a challenge in itself and it's so damn enjoyable. Plus, there are great touches in the game and the extra modes are worth checking out too.

Great game as it can be played in small bursts and always gets admiration from onlookers. Worth keeping it close at hand.

You can support Steve by buying Crazy Taxi