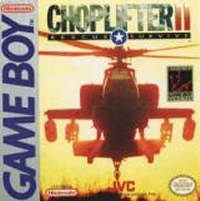 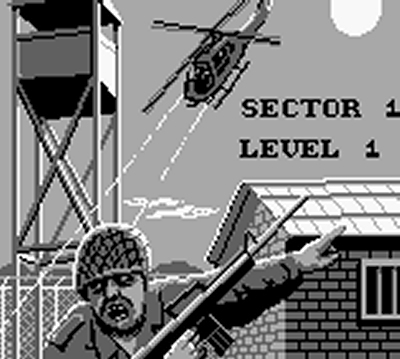 Take an elderly rescue chopper for a test run, albeit flying left to right and back again.

I load up and start taking off to find the soldiers to rescue, shooting the bad guys and avoiding rain clouds and birds. It’s simple and fun gameplay - fly off, avoid taking damage, shoot, stop to pick up the soldiers, ten per trip, and head back to base to drop them off and then do it all again.

I quickly see that energy is refilled each time you land, so I did sometimes crash on purpose to get a full bar in order to save the last few soldiers who were far away. Plus it might be my poor skills, but later levels are really hard with loads of bullets, bombs, clouds and birds to avoid - and I didn’t get past 70% on my sessions. Also, the areas change and there are some other new bits, but basically it’s very samey but increasingly harder.

It holds up pretty well and the simple gameplay is addictive. Later levels are samey though and that sucks when you’ve battled to get through some tricky bullet dodging. Mind you, it’s weirdly exciting attempting a rescue with 1 hit of energy left!

Good fun for a couple of hours when you’re on the move. Just don’t expect to be playing it again and again.

You can support Steve by buying Choplifter 2