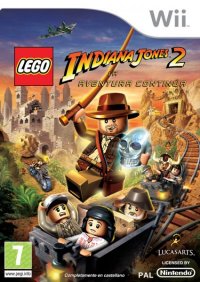 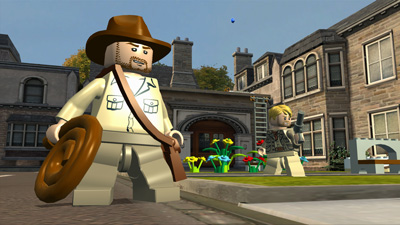 The second Lego Indiana Wii game is out now, but is the original still worth picking up too?

As mentioned, I love Indy and I used to work at Lego. So this game was always going to rock with me. If you’ve played any Lego game before, then this is the same, but with the Indiana Jones storylines, locations and the characters. Special mention for the music, as it’s so atmospheric and added to the experience. The puzzles were linear and obvious, only made tricky by some awkward jumps and lack of clarity on certain sections. But that might just be me!

The collecting aspects really played to my compulsive nature as there are so many characters and power ups to collect, as well as trying for True Adventurer status each time. It really offers a challenge. One thing, with the camera being unforgiving and loads happening on-screen, 2 players may find it a bit frustrating, depending on your daily mood.

Indy + Lego = gaming magic. It’s a great game with atmosphere in buckets, loads of things to find and captures the Indy films perfectly. The only minor concerns might be the two-player camera issue and the samey style of smash, build, explore and collect. But these are nothing really and the game is totally endearing and yes, F-U-N.

One of my favourite Wii games for sure.

You can support Steve by buying Lego Indiana Jones 2