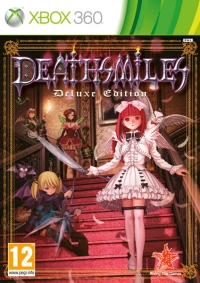 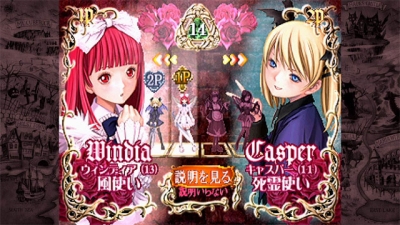 hey, wasn't the fairly recent past awesome? like, i mean, the 80s, with its super-skinny jeans, hi-top kicks, terrible electronic music, mass unemployment, pointless war and Thatcherism. we should bring all those things back. oh wait, we already did. go us.

another retro craze that's pretty mega is the persistence of quaint side-scrolling, mental, ballistic-based arcade shoot 'em ups -- or 'shmups' as the kids call them (and when i say 'kids' i mean, of course, men in their mid-thirties). the fact that retro fetishism has preserved this exhilarating and not at all utterly-repetitive, brain frying gaming genre almost makes up for all the unemployment.

i tell you what else is cool again, Japan. everything from there is awesome, right? small things with batteries, and the writing off superdry jackets and all that. digital watches are radical too, aren't they?

well, if you too love retro stuff, digital watches, hi-tops, neon colours, unregulated markets, shmups and Japan, you'll probably also love Deathsmiles: Deluxe Edition for the 360 -- a console port of the popular 2007 gothic/occult themed, arcade 'bullet hell' offering from Japanese shmup legends Cave. but, if you happen to be not already sold, then wait, 'cos it gets better.

the other great thing about the 80s is that it was before political correctness went all mad and you couldn't be sexist or racist anymore -- which is why we all love TV that transports us back to those halcyon days, like Ashes To Ashes and Top Gear.

as these TV gems demonstrate, thanks to the complete disappearance of discrimination on the basis of sex, sexuality or race in around 2006, we've now all got to the stage that we can revisit problematic racial and sexual politics, but this time in an ironic way, for entertainment.

the ever-increasing sexualization of children, driven largely by the advertising and entertainment industries.

another thing that if you sit down and think about it is hugely disturbing but if you don't isn't and is fine, is the ever-increasing sexualization of children, driven largely by the advertising and entertainment industries. perhaps (given that things that make lots of money can't really be wrong, per se) while we're (once again) lapping up all things Japanese, we can borrow a leaf from their book about how to deal with this social conundrum.

i mean, traditionally, if you accuse a middle-aged man of fancying pre-pubescent girls in Britain, he's indelibly labelled as a 'paedo' and before you can sing "do you wanna be in my gang?" there's an angry, vigilante mob outside his house trying to lynch him.

in Japan, on the other hand, an apparently insatiable appetite for sub-cultures means that instead of having to move house, change their names and live in fear, a few years back such men reclaimed this aspect of their identity and started a club -- which soon became a cultural phenomenon.

'lolicon', as this phenomenon is known -- a portmanteau of 'lolita complex' -- refers to men who are sexually attracted to young girls, and to material of various, sorts that caters for their tastes. despite remaining a niche pursuit at the 'deep end', many aspects of lolicon have percolated through Japanese pop-culture at large, to the extent that the eroticised school girl has become an everyday symbol of modern Japan.

once more, Deathsmiles is also on the money in this regard.

so let's bring it all together: not only is it a Japanese, retro-styled, arcade shmup, but its also features eroticised depictions of girls, in the form of the four 'angels' characters at your disposal (five, if you count Sakura, who is available to play in Mega Black Label mode). what's more, as well as being young, (playing to the love of all things Western in Japan right now) these girls are also all white and Western, just the way we like them.

Rosa, 17, is American and commands a small fairy army. she is dressed in a basque with a mini can-can skirt that gapes open at the front, red stockings and suspenders, carrying a whip and sporting what appears to be a dog-collar around her neck -- which i think you'll agree is tasteful and not at all clichéd.

Follett, who is 14, is French and plays with fire. like most French 14 year olds, Follett has already qualified as a nurse, and wears her gothic nurses' costume -- complete with ultra-practical plunging neck-line and lace apron -- with pride. she also has a pet dragon.

in terms of choosing the most effective line of critique, i think i'll stick with the creepy, heavily-eroticised children thing.

Windia is a 13 year old British girl, with flaming red hair and the ability to control the winds. Windia is a humble maid who goes about her service dressed in a tight bodice, short frilled skirt, white high heels and stockings and black garters. she also has a bow in her hair -- cute.

then last but not least, there is Casper. she is German and has über-cute little blonde bunches. she is a death witch and is dressed accordingly in a purple and black buckled bodice, a lace-lined skirt (which is thigh length at the front and back, but barely waist length at the sides), black lace stockings and thigh-high black leather boots. phwwaaar. oh, and she's 11.

there are many other levels on which Deathsmiles fails -- like fact that it's a lazy arcade port which hasn't even had its video output resized, let alone had its controls tweaked to cope with the transition from arcade stick to imprecise analogue controller, its menus redesigned to look like proper console menus, its gameplay developed in a way that pushes the boundaries of the tired shmup standards, or its several, and largely overlapping modes combined into a simple and straightforward scheme. oh, not to mentioned the fact that it's insultingly short for a full-price release.

however, in terms of choosing the most effective line of critique, i think i'll stick with the creepy, heavily-eroticised children thing. if you buy this game, you need to take a long hard look at yourself -- just saying.

You can support by buying Deathsmiles