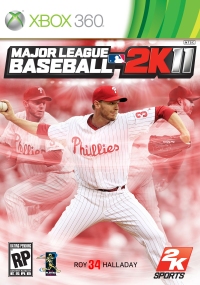 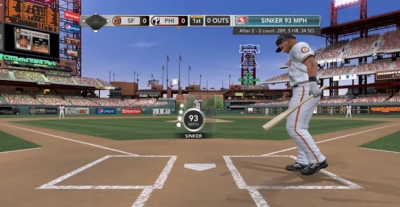 ah, basesball - America's most sentimental sport. there really is a romance to the diamond field, white, stitched orb and swinging ash. whether our thoughts turn to Charlie Brown, defiantly leading his team to yet another pasting, or Kevin Costner hearing voices...

actually, you'd be wrong to assume from this embarrassingly cliched introduction that i know nothing of the game other than what i've gleaned from TV.

in reality, i know next to nothing of the game other than what i've gleaned from TV - which is a significant difference (in the same way that the Chancellor of the Exchequer lives next to the Prime Minister).

the partial knowledge that i have comes from the fact that i have watched it quite a lot: both on TV and in the flesh (in real America). and regardless of how confusing i've found elements of these experiences, that is (i imagine) more than most in this green and pleasant isle can say.

i'm aware of the rudiments of play, the major franchises, some of the star players, and, above all else, have almost enough of a grasp of the bewildering and seemingly inexhaustible lexicon of unique terms and phrases that surrounds the game to completely follow around half the commentary during a televised game.

the reason, however, that i say i know next to nothing about it, is that i don't really 'get' it. given the rules, i can appreciate certain tactics (once they are pointed out to me), but faced with any particular scenario in a game, i'm unlikely to be able to tell you what a player, be they batter, pitcher or fielder should be looking to do, specifically.

it seems to me that baseball, more so than many other sports, is a cultural phenomenon - something one becomes immersed in. it is lived and breathed. being kind of just about up to speed simply doesn't cut it.

as such, sitting down to play Major League Baseball 2K11 as a partially initiated Brit was very reminiscent of previous experiences. the game goes for all-out TVesque presentation: the swishing, swooping on-screen graphics, the brightly coloured panels, chocked full of indecipherable lists and statistics, and the golden-toned announcers pushing their reassurance that i'm about to share in an unmistakably significant experience all up in my audio-visual grill.

in line with the extent to which they've invested in the Broadcast model, the last thing the menu seems to want to do is offer you much insight into what options are available. taking half a leaf out of one of EA's duller books, MLB 2K11 will allow you to access a recognizable menu - where you can, for example, access tutorials on how to play - but you have to offer up a counterintuitive B button press in order to bring it up. what it would much rather you did was just consent to its eagerness to launch you straight into a game scenario.

when I got to the game things began to become a little more polarized on the presentation front. while the well-observed broadcast stylings continue in earnest and a fairly good fist is made of aping the familiar visual formats (camera swoops and pans around the ballpark, warming-up players overlaid with up-to-date stats graphics, etc), unfortunately, serious issues with aliasing, poor textures and stutter were evident before how smoothly the players move, for example.

those who played MLB 2K10 will certainly spot improvements, not least with regard to the aforementioned agility of the player models, which now move like athletes where before they mostly lurched and jerked like spandex glazed statues.

by and large MLB 2K11 is a solidifier rather than a stretcher - largely sporting steady improvements of pre-existing modes and facets, rather than offering innovations.

while the Franchise mode has been expanded to include management of teams in the minor leagues and adding detail to injury, stats tables, trades and player tracking, more emphasis seems to have been placed on the My Player mode.

as in EA's popular Be A Pro modes, you control a single player through the whole of a season, and beyond. unfortunately, as is the nature of the sport, this can involve long-ish periods of not doing much - the kind of thing that will more than likely (at least on this side of the pond) test the patience of the partially-initiated or the casual, baseball (demi) fan.

the pitching controls have remained the same, using the analogue sticks to recreate the movement of the ball under the influence of the various deliveries in the pitcher's armoury. this is a pleasing system which works similarly pleasingly to the stick controls in EA's NHL games, for example.

fielding and batting, however, are different propositions. the main issue with the fielding mechanic is that throwing is determined by the near-ubiquitous but counter-logical sports games standard, 'widening-sweet-spot' system. I'll never understand why so many sports games employ a mechanic that means that as you improve, the characters you use improve so that performing the required moves becomes easier.

the idiosyncrasies of the game are perhaps too much for anyone not saturated by 'ball culture'.

the more adept you become, the less adept you need to be. and, conversely, while you are at the nadir of your adeptness, the players you are using are poor and therefore harder to use.

as for batting, well it is super hard. but then i guess that's realistic. however, in my opinion, the gulf in complexity unbalances the game. after a little practice, i could pitch a pointless innings quite easily, but after a fair amount of play am still unable to hit the damned ball with any consistency, let alone hit the kind of shot required.

broadly speaking, MLB 2K11 probably does enough to please existing fans of the series, improving and expanding on previous features and fixing some niggles. however, at the same time new flaws have been introduced (or perhaps just been revealed in the light of in the improvements) and the idiosyncrasies of the game are perhaps too much for anyone not saturated by 'ball culture'.

i can see MLB 2K11 consolidating its reputation among Xbox owners in the US, but it will, in my opinion, struggle to convert non-believers and PS3 owners alike (with MLB: The Show remaining their best option by some distance).

You can support by buying MLB 2K11