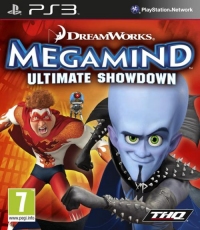 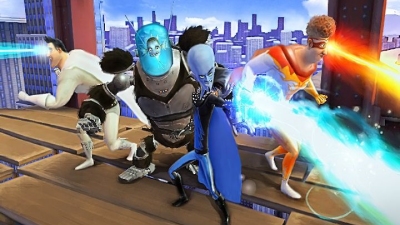 it used to be that film tie-ins basically invited you to re-live the plot of a film in game form. then, at some point, someone realized that even if the game was good, having the same narrative as the film to which it related created unnecessary overlap. if you'd seen the film, you knew roughly what to expect from the game, and, more importantly, if you hadn't seem the film, the game revealed its plot.

following this realization, the era of the simul-promo approach dawned. according to this model, the game and film are separate but mutually reinforcing products. usually, the game is a narrative spin-off from the film -- taking up and exploring the world that the film creates, or perhaps exploring alternative versions of the same narrative reality.

the central idea behind this business strategy (and let's be under no illusion that the shift represents anything other than economics) is the way in which each of the products is supposed to complement the other. once you've seen the film, you want buy the game; or, perhaps, if you happen to play the game first, it leaves you disposed to see the film.

in the world of grown-up gaming we are by now fairly used to this principle, with many blockbuster movies offering a gaming counterpart, and several classic film franchises adding games to their stables (The Godfather, Scarface, Star Wars, etc.)

there is, however, a world of difference when it comes to kids' games. with game spin-offs from grown-ups' films, it is essential that the game enhances (or at least does nothing to compromise) the reputation of the film. with kids' film spin-offs, however, this is not the central concern.

often, it seems, what counts with spin-offs aimed squarely at kids is, quite literally, tokenism. just as a small, crappy, plastic figurine will mutually benefit a film franchise and a burger outlet by virtue of simply being a token -- a mere representation and re-enforcement of the franchise branding -- so many kids' spin-offs needn't be much more than simply something that bears the branding of the film.

apparently none of the actors listed above were interested in lending their voices this time round.

whereas the fact that the game must now have a discrete narrative is a significant challenge to the development team of a grown-up spin off, for those in charge of a kids' game, it has become for some a license to put as little thought and effort into the game as possible.

and so, after a lengthy preamble down context lane, we arrive at Megamind: Ultimate Showdown -- can you guess whether i'm going to recommend it or not?

incase the name rings no bells, Megamind is a recent 3D offering from Dreamworks studio, in which Will Ferrell, Tina Fey, Brad Pitt, Ben Stiller, David Cross, Jonah Hill and others lend their voices to a superhero romp in which the hero, Megamind, a bad alien guy, fights a good guy but then, eventually, becomes himself a good guy and, therein, the hero. it's not a great film, but it has a fairly robust concept and it follows it through will some flair.

in Megamind: Ultimate Showdown, we apparently pick up where the film left off, although (literally) no attempt to join up the two storylines is made, and apparently none of the actors listed above were interested in lending their voices this time round.

we play as Megamind, who is, here, a straight-up good guy who for no reason that the game explains, looks like a stereotypical cartoon bad guy. in short, we play as a version of the film's main character that bears next to no non-visual relation to that character. he has no link to his backstory, he exists in a different narrative world entirely, with different objectives, characteristics and a different sounding voice.

the game's aim is unclear, the controls are limited in scope and weak in execution, the (occasional) puzzles are simple and the gameplay is ultra-repetitive and arm-carvingly dull. the whole point of the game, as far as i could tell, was the mere iconography that results from having Megamind run chaotically about on screen shooting electricity.

children are considered, by advertising executives, to be the ultimately 'soft' demographic. they desire things largely on the basis of either novelty or familiarity. they like to have the latest merchandise from their favourite films, books, TV programmes etc., because it's both new and it makes them feel included in something that is larger than themselves -- which is essentially a distortion of the natural desire for protection and community.

as parents, aunties and grandads, we shape the way in which these needs are fulfilled. if our children are going to play video games or watch films or read books, then for goodness' sake, let's give them to best ones available -- the ones that have proper characters and engaging narratives and glimpses of the kind of sophistications that we enjoy.

let's guard [children] from those things that promise to fulfill their primal desires, but actually offer little more than an empty token

if we know that people are exploiting their desire to feel part of something, then let's guard them from those things that promise to fulfill their primal desires, but actually offer little more than an empty token and a fleeting moment of satisfaction in return.

in other words, let's not give them the Megamind: Ultimate Showdowns of the world -- they deserve far better.

although we might all, from time to time, give in to the cheap satisfaction our children glean from plastic tat or a burger in a box, we must generally be on our guard. whatever we hold dear about culture will only ever inspire and move the next generation if we fit them to expect much more than they are often being offered.

You can support by buying Megamind: Ultimate Showdown