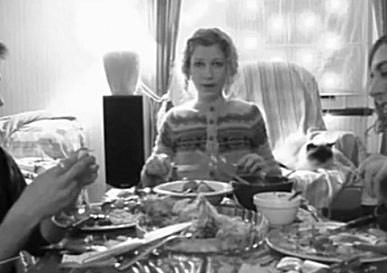 December, South East England, snow falls and with games fading from my mind I'm attempting to get to Heathrow airport, which is a mere two hours from my parent's house. All trains and buses are cancelled. The whole of Gatwick airport is closed.

Me and my mum get in the car with blankets, a thermos of tea and flapjacks to brave the blizzard. My dad is stuck on the M25 as it is. He left work 10 hours ago and he's still not home. "Don't go on the M25" he says over the phone "it's a car park." But it's her only hope of making the flight. Merrily I wend my way through the snowstorm, extremely slowly. I have until 7 in the morning to get there. A traffic man pulls us over to say at 3am the roads are going to freeze.

I look at my mum and face the possibility of not getting to India. She pats me on the leg and tells me to step on it... extremely slowly.

A few hours later I'm on the flight eating compartmentalised food and devouring the India guide book with my girlfriends. Somehow all five of us managed to make one of the last flights to take off. We are meant to be in India.

We arrive at 3 in the morning with no real plan, we are going to let the adventure take us. We get in a taxi to a nearby Ashram, Amritapuri, also know as Amma's Ashram. Amma is an Indian woman who hugs people. She travels around the world hugging thousands of people at a time. She sits for up to 26 hours hugging, not even stopping to eat, drink or pee.

To her followers she is an incarnation of the divine mother. She is not often at the Ashram but two days after we arrived she returned, to great celebration. She is breaking many taboos in Indian culture, hugging men and people from any caste, including lepers. She does incredible humanitarian work around the world extremely effectively. It is astounding to see what one woman can achieve.

We have been at the Ashram for almost a week. As I write I'm sitting on the beach watching the huge powerful waves breaking against the rock wall, which was built in case of another tsunami (they were hit by the 2004 tsunami).

My day starts at 4.15am when I go to the Kali temple to chant the 1001 names of the divine mother with hundreds of other women (the men do the same in a separate temple).

Kali is an incredible figure in the centre of the temple. She is as fierce as any gaming hero, standing on the corpse of a man wearing severed heads from her necklace, blood dripping down her chin and a huge smile on her face. Her victory is a triumph of the heart over the ego mind, which she skilfully chops off.

After this I head to the dining room where I sweep the floor for two hours (all visitors take part in the daily running of the Ashram). After sweeping I go and nap before breakfast because I'm a lightweight.

Breakfast is at 9am and it's the hottest curry you have ever eaten, with watery rice called congee. It takes me a good half an hour to recover from the mouth sting. the day the unfolds in a relaxed and easy manner. For us it mainly revolves around food. Lunch and dinner is the same hot hot curry but there is also the snack bar which serves a delicious array of baratas, samoses and deep fried banana. We hydrate by drinking green coconuts, and papaya juice. We take trips into the village on rickshaws and sing barjans in the evenings.

The dress code is very strict for women in Kerala. we wear long skirts or trousers with kurti's, a tunic type top long enough to cover our butts and a shawl draped over our chests. Upper arms and ankles are particularly taboo. All in all you wrap up and sweat like a sweetie all day and need to take at least three cold showers.

It is rather nice wearing pyjama type gear and all the women in their saris are absolutely beautiful. Culturally there is a lot that challenges me here, a certain austerity. My own journey with religion is a story I'll share with you another time but so far I have managed to sit on the men's side in the bajans, walk down the temple aisle with my skirt tucked in my knickers, and danced when I wasn't meant to. I think I may be unwittingly trying to break some taboos.

Next week we are travelling along the Karnatica coast by boat and train. For now I'm wondering if you're enjoying the album?

You can support Rebecca by buying Fierce Hero Girl