Castlevania: Symphony of the Night 360 Review

Castlevania: Symphony of the Night 360 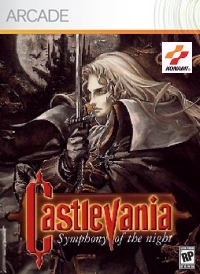 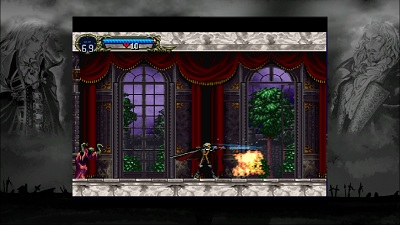 Castlevania: Symphony of the Night has aged quite badly on XBLA. While it once offered gothic ambience and creepiness, we've since been spoilt by strong storytelling of games like Shadow Complex, so Symphony of the Night felt a bit mindless. The entertaining game mechanics made for a fun experience but an experience that still left me feeling cold and unfeeling towards the purpose behind the game.

Initially I found Symphony of the Night on the 360's Xbox Live Arcade quite confusing. A knowledge of the previous game, Rondo of Blood, would have certainly been useful as the two games overlap. The start of Symphony of the Night depicts a man, Belmont, defeating Dracula before allowing the player to explore Castlevania, a deceptively complex castle. Rather than playing Belmont, you play Alucard the half vampire, half human son of Dracula. It's not explained very well though so I did find it difficult to feel any attachment to my character.

The castle itself is huge and its open ended approach quickly reminded me of Shadow Complex. In terms of style though, it felt distinctly lacking. I found myself wandering around the castle without any real connection to my aim. When various events unfolded I didn't really feel much. I simply got on with the task at hand to move onto the next challenge with no care for the reasons behind them. Much of it is because I've been spoilt in recent years.

In a world where games such as Uncharted 2 or Lost Odyssey can depict emotions through facial reactions as well as strong voice acting, Castlevania just feels archaic. There are some examples of voice acting but they're quite cheesy and frequently sound as if someone is reading the lines from a script, rather than actually acting.

Fortunately the musical score is emotive and captures the spirit of the game perfectly.

Fortunately the musical score is emotive and captures the spirit of the game perfectly. The dark, brooding orchestral theme that resides throughout is well implemented here and serves well to demonstrate the gothic nature of the 18th century Translyvanian castle.

Despite the lack of emotional connection, I still greatly enjoyed my time with Castlevania. In terms of game mechanics, the game hasn't aged badly. In fact it's quite clear that Shadow Complex, which I greatly enjoyed, has borrowed various elements from Castlevania. Due to the open ended approach to the game's layout, I found myself often retracing my steps in order to unlock new extras. As the game progressed, I collected various powers like the ability to turn into a bat or wolf, which helped me collect up more extras in the game. As I became more familiar with the layout of the strange castle and acquired more talents, I found myself enjoying the game more. But I still didn't really feel anything emotionally.

As a considered experience it was ultimatley forgettable.

Symphony of the Night is great fun as a mindless arcade experience. However when it comes to a more emotive approach, it falters. The storyline doesn't feel strong enough to provide any sense of attachment to the characters or the reasoning behind Alucard's methods. For the majority of the game I didn't even really know exactly why I was doing what I was doing, other than to eventually catch up with Dracula. Much of the problems lie with the age of the game which has restricted it in terms of showing emotion, in favour of gameplay prowess. Symphony of the Night may be fun but as a considered experience it was ultimatley forgettable.

You can support Jen by buying Castlevania: Symphony of the Night