Wii U Wii U Review 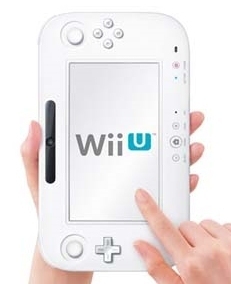 Other GamePeople columnists have reviewed this from their perspective - huh?:
Family Gamer (WIIU) 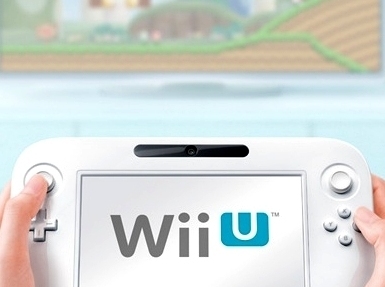 I don't need another console cluttering the lounge, but I have to admit the Wii U took me by surprise. I'd not felt like this playing a videogame before.

Although I don't always stay up to date with all the latest videogame comings and goings, since the Wii and the DS I seem to be more aware with what Nintendo's doing. I don't think it's just me, the main stream media seem much more willing to write about the Wii than other consoles -- unless of course they are looking for a scapegoat on recent cultural misnomers.

Because of this I was more than a little interested to find out about the Wii U recently. I had seen the headlines from the original announcement that Nintendo had a new console coming out, but it wasn't until I actually had a go on the games myself that I realised how different this was to the Wii I have now.

I think if they had called it the Wii 2 or the Wii HD that would have made more sense. This is too obvious for those clever branding brains behind Nintendo I guess - and I have to admit I got used to the name Wii quite quickly although initially I could say it out loud without feeling a little sheepish.

The best way to describe what the Wii U means for gaming is to talk about the different sort of interactions it makes possible. Let me run through them here, as they were described to me by a friend recently.

The simplest use of the Wii U controller screen is as an additional map and equipment readout. This can free the main screen of clutter because it no longer needs the usual head-up display. 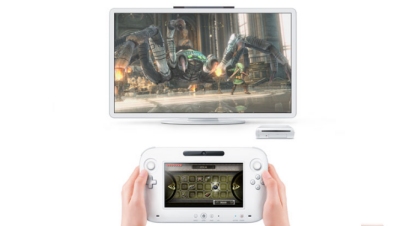 The controller can also be used as a portable system in its own right. The Wii U can stream gameplay to the controller screen (just like PSP Remote Play) so you can free up the main TV for other uses. I liked the novelty of this, although it does undo some of the good work Nintendo have done to get games out of the bedroom and into family spaces. The ability to use Wii-Fit without the need for the TV was a nice example of where this feature would come into its own. 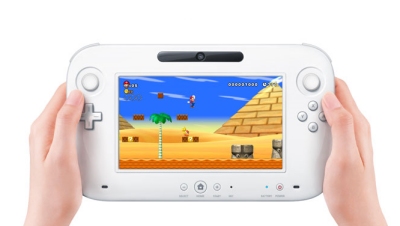 Perhaps the most interesting gameplay is where the Wii U controller provides one player extra information on the game. This is like Pacman Versus or Zelda Four Swords where you could link four GBA's to a Gamecube to enable players to use the GBA screen to set secret traps for each other. On the Wii U, one player uses the screen in their hands to hide from the others in the Chase Mii game. 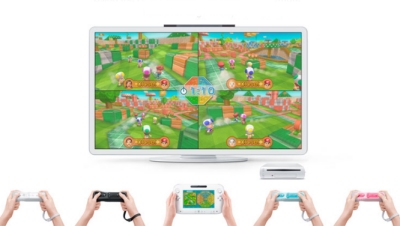 A similar use of the controller is the first person shooting Wii U game Battle Mii. Like Chase Mii, one player uses the Wii U controller screen for a different view of the game, only here they hold it up in front of them to look around the world, holding it left/right/up/down in the real world displays a seamless view of the game world from that perspective. This is like a third analogue stick with a massive sensitivity and no dead zone and makes targeting precise and accessible. 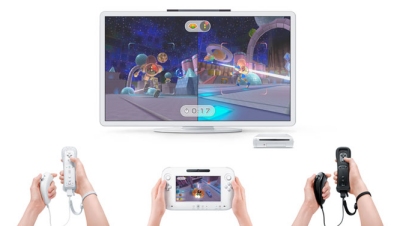 The Shield Pose Wii U game takes this augmented targeting experience and drops it into a WarioWare-esque rhythm action game. You have to follow the instructions from the main screen to block arrows from the left/right/above by moving the controller view in time with the music. 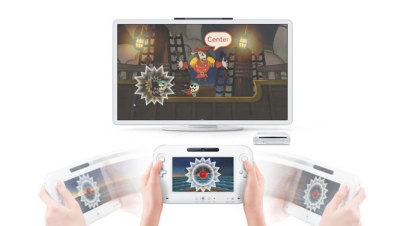 It is interesting that these different aspects of the Wii U really don't mention a new console at all - in fact at the original announcement I thought this was just a new controller.

Here is the biggest downside and risk for Nintendo. By focuses so heavily on the new controller (which undoubtedly is very exciting), it seems like this could have just been a new peripheral for the Wii rather than a whole new system.

I appreciated the way that Microsoft had gone with Kinect. With a living room filled with electronic boxes it was a relief that the Kinect controller was just an add-on to the 360 rather than something needing new hardware.

I was actually excited to see that the Wii U will have stronger online support.

The Wii U asks a lot of families who have already invested a lot in Nintendo entertainment. This is offset slightly by the fact you can still use your existing Wii-motes and Nun-chucks with the games, but it is still an issue.

The other downside is that because this is a whole new console it's not available until next year. If it had been a peripheral it could probably have been ready for Christmas.

Although I know more casual gamers like me are usually expected to only be interested in local-multiplayer games, I was actually excited to see that the Wii U will have stronger online support. This promise of a better online experience (and fingers crossed the end of those infuriating friend-codes) along with additional features that combine the extra screen and online interaction may be what it takes to get less enthusiastic gamers like me into the idea of playing against people in different places.

I'm still more than a little excited about the Wii U, and I know my family can't wait to try out the games for themselves. The bottom line is that Nintendo will have to work hard to communicate what the Wii U is to a wider audience as well as back up the new console with strong uses for the new HD hardware.

You can support Josie by buying Wii U