Clash of the Titans 360 Review 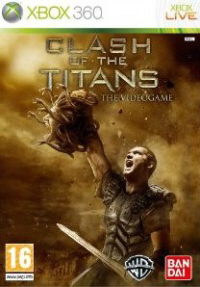 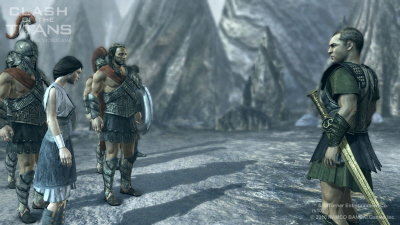 Clash of the Titans' rich story should be full of opportunity to wield the weapons of legend. In reality the role of Perseus is of one of mundane quests in a dull and uninteresting environment.

Clash of the Titans was one of my favourite films from childhood, featuring all of the high adventure and terrifying monsters a boy could wish for. When the film was remade this year I couldn't help but be a little excited about how modern technology would re-imagine the Kraken and all the other stop-motion animated creatures that have long populated my imagination.

I love games with role-playing and levelling mechanics, but these are usually complemented with a deep combat system where each choice is significant.

Clash of the Titans combines different genres. Although it first appears to be a basic action adventure game, before long it is layering role-play elements onto those fighting mechanics. This largely works for the game because its simple combat needs some spicing up.

During each battle you are given the chance to steal your opponent's weapon and since almost every type of adversary is differently equipped, your armoury can grow to epic proportions. In addition, each weapon can be upgraded with items collected from fallen foes. This swings the game to the other end of the spectrum: what started as too simple soon becomes too complex.

I love games with role-playing and levelling mechanics, but these are usually complemented with a deep combat system where each choice is significant. However, Clash of the Titans employs these elements as more of a trick to make out there is more to the combat than there really is.

Greek mythology provides an almost endless variety of monsters and foes to fight and many of them are included in Clash of the Titans, but regardless of the opposition each encounter feels like button mashing followed by timed inputs. That lack of personality meant I soon lost interest. When God of War has trodden such similar ground and given its world so much life, the lack of atmosphere and the emptiness of the experience is even more apparent.

Where is the adventure, the dialogue, the trading or any of the other things that make dressing-up fun?

If Clash of the Titans wanted to be a role-playing game, then it badly lacks the world exploration elements I usually look forward to in these games. In lieu of this, quests are initiated within small lobbies, which then dump you in arenas where you hunt down the required enemy. This is especially true for the first few hours where you receive countless quests where the enemy lines up to be whacked. Where is the adventure, the dialogue, the trading or any of the other things that make dressing-up fun?

Clash of the Titans tries its hand at a few genres without delivering competent or interesting gameplay in any. It becomes a tedious series of grinding battles. Perseus should make you feel like a hero, but his poor voice acting and lack of character development meant I was a Greek hero in name only. I wanted to triumphantly hold the Medusa's head aloft as the battle raged around me, but this would have taken artistic direction way beyond what is offered here.

With my childhood memories tainted by playing Clash of the Titans I will continue to seek solace in watching the original film. Dressing up and playing the hero in my head is definitely better than trying to extract joy from this game, which exists merely to prop up the new film.

You can support Jon by buying Clash of the Titans