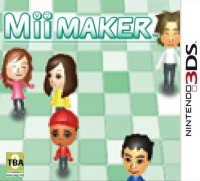 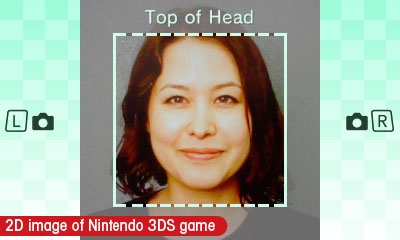 Mii Maker almost doubles the creative options for each Mii. Made from a picture, imported from a QR code or sniffed out via StreetPass, Mii's are as much fun as they ever were. Fingers crossed for a similar update on the Wii Mii channel.

Mii Maker on the 3DS looks very similar to the Wii version at first glance. But dig a little deeper and there are quite a lot of differences.

Head shapes have gone from four to eight, facial features have gone from 12 to 24, hairstyles have gone from six pages to eleven, there is an extra page of eyes and noses and mouths, two more moustaches and beards. Eyebrows are strangely untouched though, and there is still an absence of really blonde hair colouring - you can't have everything I guess.

To the uninitiated this may seem like no big deal, a few more options to accommodate face shapes previously left out. However, the art of Mii creation quickly became a highly skilled art form soon after the Wii was launched. Clever Mii creators would extract every last ounce of expression from the limited (but flexible) options. Eyebrows become horns, noses were employed to create a shark's mouth and moustaches were used as hairpieces for upside-down heads.

I can't wait to see what the Mii creation community makes of the extra options available. I'm sure they will open the door to new and refined versions of favourite Mii characters that have been circling the globe.

And now it even easier to send you Mii's out into the wild. Whereas on the Wii you either had to grab random Mii's from the Mii Parade or swap friend codes to browse a friend's collection, on the 3DS there are a variety of easier ways to achieve this.

Within the Mii Maker itself you can Send or Receive them directly to another 3DS via Wi-Fi. You can create a QR Code image (visual bar code) that can then be scanned by another 3DS to grab the Mii. You can also send them to and from the Wii via the Mii channel on the console - although this requires an update to be released on the Wii that I suspect will also include the enhanced Mii editing features to match those on the 3DS.

I was surprised and impressed with how quickly and easily the QR Code import worked.

A quick search of the Internet on my iPhone turned up a slew of 3DS QR Code images that people had on their web sites. I could then simply point my 3DS camera at the image on the screen - not too close I found was the best policy and ping, they appear as if by magic on my 3DS. I was surprised and impressed with how quickly and easily the QR Code import worked -- it was basically instant. Here's the QR Code image for my Mii. 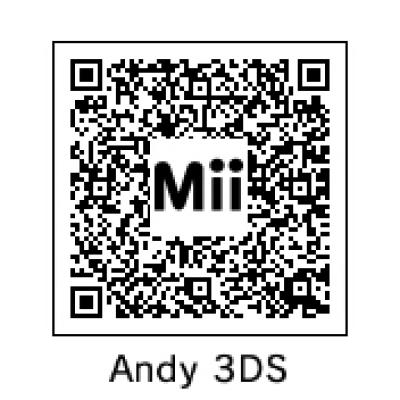 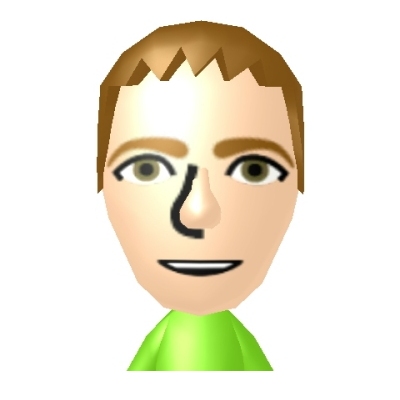 As well as creating Mii's by hand you can also start from a 3D picture taken by the 3DS camera. This is a nice way to get started but I found you nearly always had a good 30 minutes of fiddling to get it spot on. It was useful having the picture to use as a reference point though, as I made my adjustments.

The kids have always been keen on making Mii's for people, but with the new features in the 3DS Mii Maker it has almost become an obsession. Pretty much everyone we meet in the street, or comes to visit us at home, now has to have a Mii created for them.

With the new features in the 3DS Mii Maker it has almost become an obsession.

Once (if) their friends get 3DS's they will be able to do this a lot easier by simply using the Mii Plaza to import their Mii's. Once you have a Mii in your Plaza you can then export it to the Mii Maker channel. You can only edit that Mii if the original creator has enabled that option when they first made it.

Add to this being able to see the little Mii's in 3D and the Mii Channel has become one of the most used parts of the built in 3DS software in my family. We just need that Wii update so we can rationalise our Mii collection - I can feel a spreadsheet coming on.

You can support Andy by buying Mii Maker