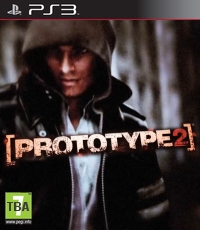 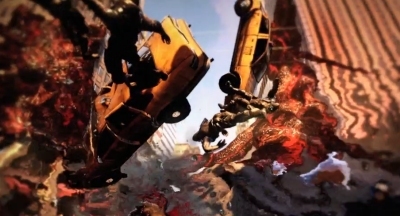 Prototype 2 promises to right the wrongs of the first game, but it will be interesting to see how this works out in practice.

Prototype was a hugely violent game that took the superhero concept and injected it, quite literally, with a range of dehumanising powers. The hero, Alex Mercer, was the easy epitome of a hoodie wearing hoodlum and just like that too-easy stereotype offered little to redeem himself.

This split players, with some revelling in the mindless destruction while others simply got a bit bored by it all. I, like the majority, was in the latter group and wasn't expecting to be interested in a follow up.

However, Prototype 2 has got my attention. First and foremost it is developer Radical Entertainment's contrite tone about their first game that has got my interest. They have been more than a little forthcoming about the issues with Prototype. In a single breath they admit to "unimaginative mission design, weak set pieces, bland locations, and unlikable characters".

Although there's no explicit mention of mindless violence, their talk of unlikable characters (if corrected in the new game) could go a long way to winning me over. They aim to do this by shifting player control from the unforgiving Mercer to sergeant James Heller, whose family were killed by infection created by Mercer.

This is quite a change and may offer some fresh notes in amongst the action and destruction. Even here though it seems we may diverge back to more familiar territory. Heller is sent to a virus ridden New York and briefly takes on Mercer before he is injected with mutant powers of his own.

Epitome of a hoodie wearing hoodlum and just like that too-easy stereotype offered little to redeem himself.

We're back controlling a superhero but now we are out to subdue rather than enact Mercer's plan, and set about returning the city to some sort of order. In the game New York is split into three areas, one in overrun by the virus while another is quarantined and a final is safe, or as safe as this world will allow. We need to protect the civilians in each zone who are harassed by Mercer's Blackwatch.

While the first game was only too keen to shock the player with ever more grotesque and powerful ways to dispatch with enemies and architecture, Prototype 2 takes more time before revealing all your powers. Along with the ability to run up buildings and absorb enemies to regain energy you start with a claw attack.

It's not until much later in the game that this claw is joined by hammerfist, whipfist, blade, and tendrils. These not only wreak destruction on all around but also open up new ways to interact with the city landscape. Reaching out with tendrils to grab and manipulate objects is a promising, and non-violent, use of these powers and suggests there is more to Prototype 2 than more blood and gore under a different avatar.

The game is structured around a set of missions that slowly reveal the story behind Mercer's new plans and the potentially heart wrenching reasons for Heller's need for revenge. Gameplay wise, the action stays pretty simple, and ticks the right sorts of boxes for an open world action title.

Just how different all this is from the original is hard to tell. With Radical Entertainment so outspoken of their shortcomings, I hope that they get to the heart of why the first game felt so unappealing.

A lot of their talk seems to focus on correcting technical issues. However, the game itself seems more concerned with creating an engaging story and interesting characters. It is here that the developer should focus if Prototype 2 is going to escape the limits of the original and become a genuinely engaging experience.

You can support Andy by buying Prototype 2