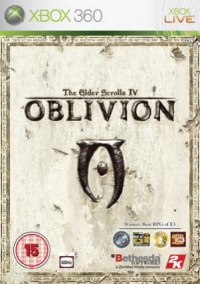 Oblivion is a timely reminder of the intimate experience a role play game generates. How I felt about the game mirrored Oblivion's complex character relationships, but like real life these were at times slippery and contradictory.

First thing that strikes you is that this is still a spectacular game and has aged gracefully, crammed with lore and character diversity. I took my time, revelling in the dynamic character progression and the enthralling world itself.

Your character is paramount in the Elder Scrolls IV, and the game goes through a great deal of effort to make you feel important and unique -- capable of making many different choices. Your personal preferences are paid great attention to, your character is involved in everything, and recognised throughout the world of Oblivion for the skills you develop.

The game had such broad character capabilities, I felt almost overwhelmed by the amount of options available to me. There are hundreds of things I was able to do, and my character choices felt liberating rather than limiting. I was able to play the game the way that I wanted, which created an experience that was intimate because it was unique to me.

With different ways to complete missions and routes in and out of dungeons and houses, I could carve my own path through this world. Oblivion met me in this desire and actively encouraged me to play to my strengths. I was able to be as stealthy as I wanted, creeping my way through castles without being seen and striking from the dark, these were the talents that I had built up simply by playing the game. I really loved that it rewarded me for being consistent.

But like in any relationship, commitment and identity are complex and slippery concepts. I became head of the Brotherhood of Darkness, I became defined, I was someone, the leader of a secret order having crawled through the ranks. I was proud of my character and what I had achieved. But then almost unexpected I fell into the exact same role in the Fighter's Guild -- perhaps the total opposite of the sinful assassins that I had previously aligned myself with. It all felt a little wrong, I shouldn't be getting away with that, surely?

An experience that was intimate because it was unique to me.

It seemed like my actions were truly without limits, but at the same time these achievements accounted for nothing. The game was blind to what they ment in relationship to each other. It was simply a title placed in my journal.

Once reaching the head of the Fighter's Guild and the Brotherhood of Darkness, I too conquered the Mage's Guild and eventually went on to climb to the top of the Thieves Guild too. Such large accomplishments that seemingly amounted to nearly nothing.

In the end it felt disappointing. I had enjoyed climbing these towers, aiming to prove myself to this created world -- but I had fought for no reason. I came to realise how little my actions counted in Oblivion, and was disheartened by it despite how much I had achieved.

Oblivion is innovative, vast and challenging. Despite being a little overwhelming at times, the gameplay was enthralling and engaging, and the main quest line was enough to let you to trawl your way across mountains and through dungeons and long forgotten Elven Ruins.

Every action has an equal and opposite reaction, but Oblivion often forgets this.

You make your own destiny and the game respected you for it, even if it didn't manage to make your successes feel worthwhile. Every action has an equal and opposite reaction, but Oblivion often forgets this.

The game fought for its marvellous balance of entertainment and challenge. The non-playable characters were engaging and I could frequently overhear conversations that lead me to secrets and treasure. I felt comfortable and welcomed by the world, my character, even without a voice and background seemed a firm part of it.

If Skyrim can continue to build upon this foundation, and establish a stricter relationship between the different roles, it will be an experience not to be missed.


You can support Emma by buying The Elder Scrolls IV: Oblivion