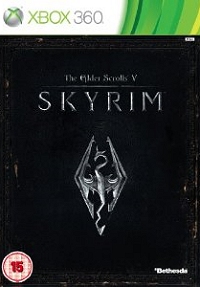 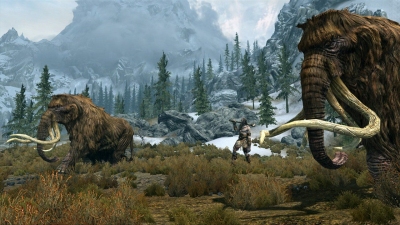 The Elder Scrolls V: Skyrim has been released on 360 and been provided for us to preview/review by the publisher.

"Skyrim is videogame theatre, and I found myself worryingly lost in its labyrinth. Swapping the uncertainties and dangers of real life for the control and safety of Skyrim eclipsed my day to day reality in a way I hadn't bargained for..."
- Dressup Gamer (Sat, 24 Dec 2011)

"The Elder Scrolls V: Skyrim may not be as demanding as Dark Souls but don't be fooled, it will take up just as much time and sink you just as deep into a heroic role. But more than just being long, it's the breadth and depth of Skyrim's scale that makes it so grand..."
- Dressup Gamer (Fri, 25 Nov 2011)

The Elder Scrolls V: Skyrim announcement was a pleasant surprise. Promising hours of questing and dank dungeon crawling all built on a new engine. So far Bethesda has merely teased their brilliant new adventure.

The Elder Scrolls V: Skyrim is Tod Howard's next big project and whilst everyone expected a follow up to the multi-million selling Oblivion, the extended period of silence was starting to make the faithful rather nervous. Now as much a console experience as a keyboard and mouse game, Oblivion is still the best example of the open world, branching plot fantasy epic ever released.

The game was announced with a video at The Spike Video Game Awards - the annual video game equivalent of the Oscars that is now a little overshadowed by reveals such as this. The footage shown didn't give very much away, but we can infer from the woodcut animation style and voiceover that this game will take place in the kingdom of Nirn following the events in Oblivion.

It also looks safe to assume a first person game set in a fully realised world with a seemingly limitless number of side-quests, dungeons and secrets to uncover. I spent in excess of 100 hours playing Oblivion and still didn't see a lot of what was tucked away in its hidden corners. Bethesda is also famous for enabling you to complete quests in multiple ways and asking you to make decisions without a clear right or wrong choice.

We also know that the creaking Gamebryo engine used in both of Bethesda's last games has been replaced by an in-house equivalent (as opposed to Id Software's Rage engine). We can therefore at the very least expect it to be a better looking version of one the best games ever made and even that should be enough to get role playing fans excited.

You can support Paul by buying The Elder Scrolls V: Skyrim