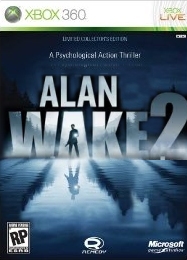 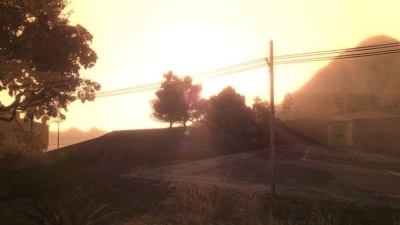 Alan Wake 2, although a certainty, remains the subject of speculation. As we get closer to another generation of hardware, the idea of it being developed for the next Xbox is one that gains credibility.

Alan Wake was something of a phenomenon before it was even released. Happily, once the game finally hit the streets the anticipation (and overlong waiting) was justified. Remedy showed a considerable amount of design maturity in moving from their original open world to a more directed experience. Alan Wake worked.

After a couple of rounds of DLC, thoughts now turn to the sequel. Despite a fair amount of smoke blowing on all sides it seems a picture is emerging of how Alan Wake 2 is likely to shake down: in my opinion an exclusive for a next generation Xbox.

Developer Remedy previously confirmed to the Joystiq blog that it was working a "next Wake instalment" that will be more than DLC. More recently a rumour from Xbox World magazine suggested that Remedy does have Alan Wake 2 in the works - but for the next Xbox.

Joystiq spoke with Microsoft Studios chief Phil Spencer earlier this year, who debunked these rumours, saying "the stuff they're doing now they wanted to incubate internally. Like I said, I don't think they've signed it with anybody." He went on to underline the fact that Microsoft Studios had no next-gen games in development and was concentrating on Xbox 360 and Kinect software.

That notwithstanding, the idea of Alan Wake 2 for the next Xbox would make good sense in terms of timing. Although of course the developer and platform holder won't want to be drawn into talking about it, as a new console takes shape there will be some games that are held off to release with it at (or soon after) launch. Having Alan Wake in the next-gen Xbox's (Next-Box?) launch war chest would certainly offer Microsoft a degree of comfort.

Having a limited amount of time to play and being someone someone not usually drawn into horror survival games, I have a soft spot for Alan Wake as the one game in the genre that I've played. Something about the quality of storytelling and visuals combined (with a great Alan Wake press trip) and meant that this was one of the few games I completed this year.

Alan Wake 2 seemed unlikely, but now looms on the road ahead. While we must wait for the official announcement, amidst the hope and conjecture it seems increasingly likely that Alan Wake 2 Night Springs will be formally announced at E3 2011.

Remedy followed up the critical (if not commercial) success of Alan Wake with two downloadable chapters The Signal and The Writer. While these extend the original experience somewhat, they are a long way off the serialised delivering of the fiction that Remedy mooted at launch.

Since then the murky waters of this supernatural mystery series have fallen silent. Remedy were said to be working on their next project, again to be published by Microsoft Game Studios, but there was no word whether this would be more from the Wake stable or something new. Many assumed that the slightly lacklustre retail performance of Wake (not helped by being preceded by Heavy Rain) meant that the franchise may end here.

Recently however it seems that Alan Wake 2 is more likely. For instance character animator Althea Suarez Gata was reported to be working on a video game project titled "Alan Wake 2." Her in-Game cinematic duties point to the existence of a sequel for the game -- something that fans of the original are still clamouring for. I should note that this assumes that her "Alan Wake 2" responsibilities don't relate to work on the already released DLC.

This echoes the hint given by Remedy's head of franchise development Oskari Hakkinen in 2010. He spoke about the ideas that his team had for a follow up to Alan Wake and that he knew writer, Mikko Rautalahti, was keen to pen more intertextual mysteries for the elbow patched hero.

With the original game being a self contained fiction, Alan Wake 2 would need to either create a parallel mystery or perhaps plumb the back story further. Certainly, a sequel would offer the chance for Remedy to answer criticisms of the original Alan Wake game that largely stem from its drawn out development time and slightly repetitive gun-play.

It seems that Alan Wake: Night Springs will be another tangent rather than direct sequel. The game may not be post fixed with a 2, and instead offer a subtitle that focuses on a particular facet of the new story. Alan Wake: The Beginning maybe, or something along the lines of Alan Wake: The Darkening.

With their game engine already completed from the first game, and a clear framework of what Alan Wake 2 would need to address, a sequel could see the light of day much quicker that the original. I would be surprised to see Alan Wake 2 being released in 2012 -- and again this is likely to be another 360 exclusive.


You can support Paul by buying Alan Wake 2