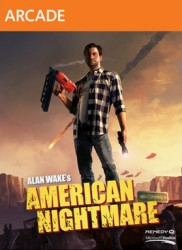 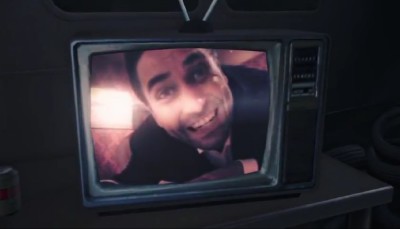 Alan Wake's American Nightmare has been released on 360 and been provided for us to preview/review by the publisher.

"Alan Wake's American Nightmare XBLA 360 takes the self-absorbed author out of the woods and into the desert in an action-oriented mini-sequel..."
- Story Gamer (Mon, 12 Mar 2012)

Alan Wake's American Nightmare 360 sees a return to the creepy thrills of small-town horror, with a new adventure in a standalone downloadable title on XBLA.

Fans of Alan Wake (and newcomers to the series) can rejoice at the news that Alan Wake's American Nightmare will be a standalone title, allowing anybody to download the new adventure via Xbox Live Arcade. The creators have said that this game will be a great place to start for those who have not yet delved into this terrifying world to join in and catch up.

This new game is an original story in which writer Alan find himself stuck in a nightmare created from his own earlier works and hunting down the devilish Mr Scratch. The action appears to be a mix of gritty survival horror and supernatural action, heavily inspired by the tropes of US cinema and modern fiction.

It's worth noting that the creators are clear that Alan Wake's American Nightmare is very much not in place of a full Alan Wake 2 which is still planned for later down the line. This title appears to be more in keeping with the serial nature of story releases originally intended by the creators of Alan Wake. This is an accompanying story designed to expand the Alan Wake universe and provide an exciting and gripping new adventure and should whet your appetite even more for a full sequel.

Alan Wake's American Nightmare is currently planned for release on the Xbox 360 via XBLA on the 22nd February 2012.


You can support Paul by buying Alan Wake's American Nightmare