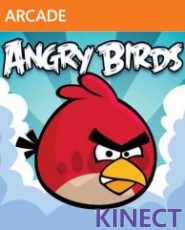 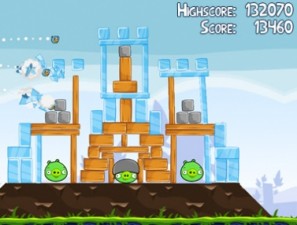 Angry Birds Kinect is set to be a lavish update for the mobile phone favourite, featuring Kinect control and beautiful HD visuals.

Angry Birds Kinect will update the classic iOS game beautifully, with High-Def graphics and a new Kinect-based control system. It's hard to imagine any Smartphone owner not having a copy of the original Angry Birds, especially given its ubiquitous free version, so Angry Birds Kinect will have to make quite an impression to carve a place in living rooms.

Alongside this is competition in the form of Wreckateer (360), another Kinect-based structure-demolishing game. Angry Birds is, as far as I can see, sticking to its guns with a side-scrolling design. It's much harder to visualise how this will translate effectively to the Kinect's interface in comparison to Wreckateer's very direct firstperson view.

Time will tell, but Angry Birds does have an extremely strong legacy and branding connected with it which should go a long way. Angry Birds has always been a surprisingly social experience, where players want to see and share with others exactly how they managed to overcome each tricky level. Maybe a big screen in the living room will turn out to be the best environment.

In addition to all this, a host of new content is promised for Angry Birds Kinect, so even for those who have squeezed every minute of fun out of the original should not necessarily be put off by this updated version.

Angry Birds Kinect is currently planned for release on the Xbox 360 towards the end of 2012.


You can support Paul by buying Angry Birds Kinect