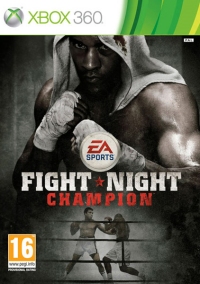 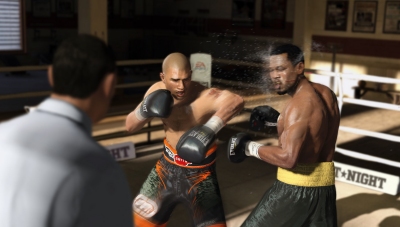 Fight Night Champion has been released on 360 and been provided for us to preview/review by the publisher.

"hey kid, the short, gnarled, stereotypical Irish-American boxing coach here. have you never seen a boxing movie? what about any movies at all? no, well then you're gonna be blown away by the originality of the new story mode in Fight Night Champion..."
- Tired Gamer (Fri, 18 Mar 2011)

"Fight Night: Champion improves the previous game by degrees. Night and day however is the introduction of a fighter's story than made me reconsider much of what I thought about the sport..."
- Considered Gamer (Thu, 17 Mar 2011)

Fight Night Champion continues the series' tradition of realistic boxing, adding a wider diversity of punches and more realistic fighter animations. The over-the-top haymaker is disappearing, although for the first time it will be possible to put more weight behind a punch for a heavier hit.

Fight Night Champion looks to increase realism too, including more believable body damage and deformation. There will also be a range of possible controller configurations, including one utilising directional analogue sticks, aimed at more responsive and intuitive control. A new stamina system will track different muscle groups and punish you for relying too heavily on a single punch.

Perhaps the biggest addition to Fight Night Champion is the Champion mode, a new Hollywood-esque story following the exploits of a boxer named Andre Bishop, in and out of the ring. Champion mode is set to include the likes of prison brawls and bare knuckle fighting.

A demo of Fight Night Champion is already available on XBLA and PSN, including online play for a short time only. The demo features past and current boxing stars Mike Tyson, Muhammad Ali, Manny Pacquiao and Miguel Cotto.


You can support Paul by buying Fight Night Champion