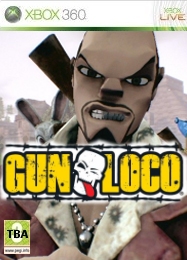 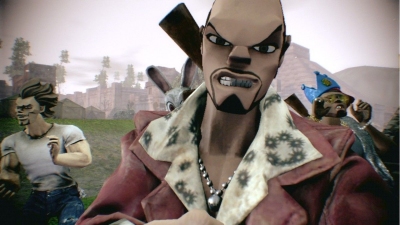 Square-Enix have given Gun Loco a sprint-action shooter moniker. This reflects the focus on in-motion shooting which we used to call runing-and-guning. The core gameplay spans single and multiplayer modes and involves running, ducking, jumping and vaulting while holding a steady fire-arm.

WIth production and gameplay that looks to pickup where Free Radical's TimeSplitters series ran aground. The same frantic gameplay, wacky criminals and animal based masked lend the game a other worldy, slightly creepy, dimension.

Characters in the game have a unique kill move and take-down taunt. Each "surreal socio-paths" comes from the hand of Kenny Wong who usually spends his time in Hong Kong making action figures - and have a touch of Bioshock about them.

No release date yet for Gun Loco on 360.

You can support Paul by buying Gun Loco