Return of a Classic 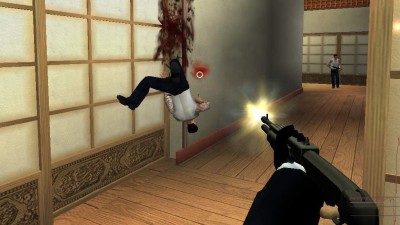 Hitman HD Trilogy brings together a collection of classic Hitman titles, providing the chance to relive previous titles in the series with improved visuals or, for many, a first chance to enjoy these properly.

Hitman HD Trilogy contains updated versions of Hitman 2, Hitman: Blood Money and Hitman: Contracts, updated with HD graphics. With the recent release of Hitman: Absolution (360) this is a chance to play the development of the series in its previous incarnations.

This collection contains many entries which I'm sorry I missed over the years. Hitman 2 particularly impressed me with the large free-form environments and multiple routes to assassinate a target. I remember particularly enjoying that the game's ultimate challenge was to kill the target alone, without harming or alarming any other person. At the time, the only platform on which I could play Hitman 2 was the PC and my PC was less than reliable, so the chance to play it to completion was lost.

Like a lot of the other HD collections we've, seen such as Tomb Raider, Resident Evil and Prince of Persia, Hitman HD Trilogy is a fantastic opportunity to play some classic games in the series, brought up to date with modern console compatibility.

Hitman HD Trilogy is currently planned for release on the Xbox 360 and Playstation 3 on the 1st February 2013.


You can support Paul by buying Hitman HD Trilogy