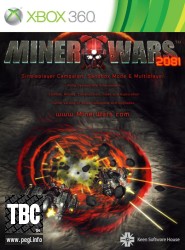 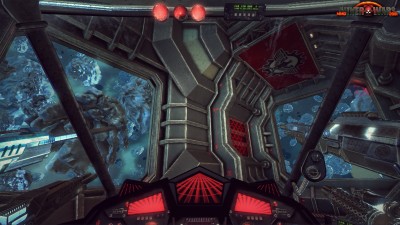 Miner Wars 2081 is a space shooter mixing elements from Descent, Elite and even Red Faction. With so much point and click in the MMO space it will be exciting to sit in the cockpit again.

There's no shortage of MMOs these days, but developers are starting to realise that not everybody who could get excited about playing online with hundreds of other simultaneous players is able to get as equally excited about navigating menus with a mouse and clicking on enemies. Some of us just want to line a player up in the sights and pull the trigger.

Miner Wars should fill that need, especially for those of us who really feel the lack of space-combat games in the current market. It's a genre which used to offer regular titles, from Elite, through Wing Commander and I-War. Sadly these days there has been little to satisfy this genre and even EVE, the Granddaddy of space MMOs only offers combat through the familiar point and click interface.

Miner Wars is set in a universe of competitive asteroid mining. All environments are destructible and you will be able to edit and hollow out asteroids for some kind of reward. Not only that but the transition between flying in open space and inside a space station or excavated asteroid is reported to be seamless. The game will also offer a giddying quantity of ships, game modes and options.

Miner Wars 2081 is actually a game in two stages. The early release is a single player campaign title with co-operative and multiplayer modes. Following that will be a release of Miner Wars MMO which will cast the player into the same universe in a massive persistent environment. With its mix of digging, building, fighting and co-operation, hopefully this game has taken on a few lessons from the massive popular success of Minecraft (PC).

Miner Wars 2081 is due for release soon on Windows PC, with Miner Wars MMO to follow at the end of the year. The XBox Live Arcade version is also due out towards the end of 2012.


You can support Paul by buying Miner Wars 2081