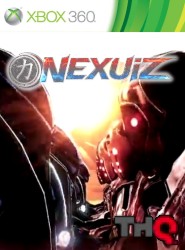 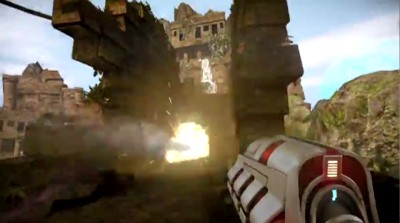 Nexiuz brings the old school back to online shooting games and may even revitalise a classic play style with its Quake roots.

A little way down the line, Nexiuz has changed from a free to download community Mod to a full commercial title, available shortly through Xbox Live Arcade. From the look of it, the new game has recaptured the classic pace and intense weapon-play of classic Quake with a very different art style which the developers refer to as Victorian - although one glace at the screenshots suggests they don't get to many Victorian museums!

This version of Nexiuz is also based on the CryEngine 3 game engine (somewhat confusingly created around the shooter Crysis 2), which provides it with a far updated graphics engine, making the best of the current generation of gaming technology.

Those modern niceties aside, it's great to see the classic play style of Quake re-invented (with a little nod towards Unreal Tournament as well, I think) and reintroduced. Outside Halo, the gaming market has become so full of military and cover-based shooters it will be nice to bounce off a jump ramp and spray groundlings with a handful of rockets.

Nexiuz is currently planned for release on the Xbox 360 via XBLA on the 29th February 2012 and is currently awaiting a 2012 release date for Playstation 3 via PSN and Windows PC via Steam.


You can support Paul by buying Nexiuz