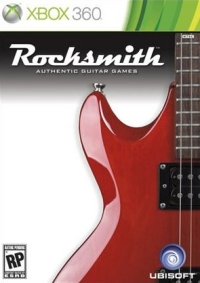 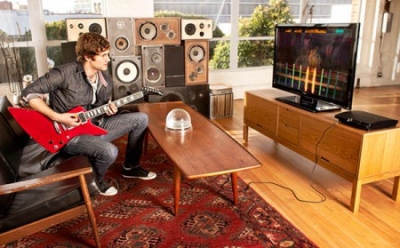 Rocksmith has been released on 360 and been provided for us to preview/review by the publisher.

"Rocksmith is the latest in a line of music-based games which have proved so popular with Guitar Hero, Rock Band and You Rock. While former games never really feel like they are teaching applicable, real guitar technique, FamilyGamerTV looks at Rocksmith and how it actually teaches guitar skills..."
- Family Gamer (Mon, 24 Dec 2012)

Rocksmith turns music games into genuine educational experiences by letting you plug in a real guitar.

With the recent demise of Guitar Hero, the ongoing popularity of the music genre is uncertain. Rocksmith seeks to prove music games are still alive and well. Where Guitar Hero and Rock Band are party games, Rocksmith is a more serious musical offering, forgoing plastic buttons in favour of a real guitar. It's claiming it will actually be able to teach you to play.

Rocksmith will work with most guitars, by plugging in a standard quarter-inch jack (or purchasing a pickup for guitars without a jack). Adaptive difficulty is aimed at being satisfying for beginners and experienced guitarists alike.

The tracklist is still largely unknown, but will include approximately 45 songs ranging from classic rock to the latest hits. Artists confirmed so far include The Rolling Stones, David Bowie, Nirvana, The Black Keys and The Animals.

In addition to the songs, mini-games wil let you practice scales or hone other specific skills. Ubisoft have confirmed there will be multiplayer, but aren't elaborating at this stage.


You can support Paul by buying Rocksmith