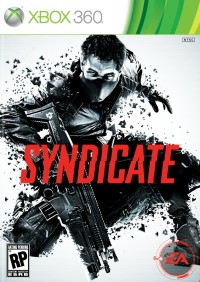 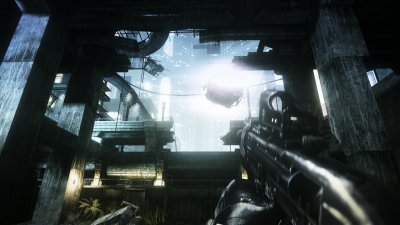 Syndicate provides another nostalgia kick for gamers by reinventing an oft-forgotten world of abduction, cybernetic enhancement and corporate warfare.

The original Amiga version of Syndicate was an instant classic, providing a sci-fi world which was much more open an non-linear than most gamers were accustomed to in 1993. Taking control of a squad of 4 cybernetically enhanced agents, players were tasking with searching a location for targets, items and undertaking epic battles; at the same time weapons and equipment had to be continually researched and upgraded in order to keep up with the ongoing arms race and to stay on top of the latest challenges.

Starbreeze Studios, developers of The Darkness and The Chronicles of Riddick, have been tasked with bringing Syndicate's dark world of corporate corruption and all-out warfare up to date. Technology has always supported the creation of Syndicate's rich world, with the 1996 Playstation sequel bringing Blade Runner-style floating video billboards. From the new screenshots, it looks like the power available to modern games consoles will allow the player to be immersed in a fully-realised version of the game's world.

Syndicate is set in a world of corporations powerful enough to exercise power over governments and who deploy their own heavily armed military contractors to take on their competitors directly. With all areas of life digitally connected, these super soldiers now have the ability to decide on the best course of approach: go in guns-blazing, or use their hacking skills to take down the enemy electronically.

The more observant reader may consider that this description sounds an awful lot like the recently released Deus Ex: Human Revolution. It would certainly seem that Syndicate's announcement is very timely, with many of the concept screens shown appearing very similar to landmark moments in Deus Ex. Particularly by reinventing the Syndicate series as a First Person Shooter with upgradable hacking abilities, it is likely that many fans of Deus Ex will consider this more of the same. Perhaps not a bad thing?

What sets Syndicate apart is a return to the emphasis on combat and shooting. Far from being a game of stealth and caution, the original Syndicate was concerned with dramatic and large-scale action and destruction, with the all-important four-character element. In this new Syndicate game, players will be offered a four-player co-op mode, based on some of the memorable missions from the original Syndicate which I am really looking forward to experiencing for myself.


You can support Paul by buying Syndicate