Beyond the Labyrinth 3DS News

Beyond the Labyrinth 3DS 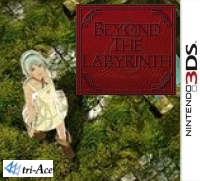 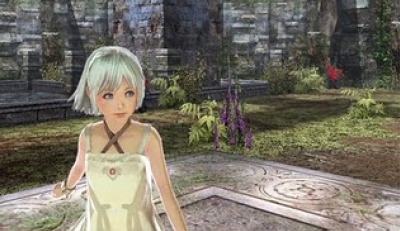 Beyond the Labyrinth remains something of a beautiful stranger. Tantalised as we are by evocative images of a quirky young girl trapped in a subterranean maze, details of the plot, how the game plays and whether we will see a release in the West remain a deep mystery.

The game appears to be very beautiful, however, drawing comparisons from many corners with the seminal Ico; undergrowth fights for supremacy over stone and the seemingly abandoned architecture of the labyrinth appears to tell its own tale. The girl character is an appealing lead and is sure to be an endearing character, whether she appears as a playable character or as the player's guide to this world.

With the 3DS still in the process of defining a great range of titles, genres and style - Beyond the Labyrinth 3DS would be a breath of fresh air over here, providing some much-needed adventuring and role-playing deep in the heart of a stunningly realised dungeon.

Beyond the Labyrinth currently has no confirmed UK release date for the Nintendo 3DS.

Beyond the Labyrinth offers an unusual role play experience on the 3DS. But whether its shades of Ico and Colossus make it to these shores is still uncertain. That Japanese 3DS is starting to look tempting.

There are plenty of DS and 3DS games that don't see the light of day outside Japan, but not that many I really miss. Beyond the Labyrinth joins Pandora's Tower in our list of Japanese role play games I'd dearly like to see released worldwide.

The RPG is from tri-Ace, the developer behind Star Ocean and Valkyrie Profile. It has been directed by Takayuki Suguro and features the story of a young girl exploring a deserted crumbling environment in an effort to unravel the mystery of her origin.

The game's visual style suggests gameplay along similar lines to Shadow of the Colossus and Ico, but with more of a role play angle. Combine this with the ability to play it on the go on Nintendo's new portable and it's a strong proposition.

Although you may be tempted to import titles such as these, the 3DS (unlike the DS) is region coded so you would also need a Japanese console. Even then the text heavy role play game style is likely to be too obtrusive to overcome.

I'll keep you posted on news of a English localisation.

You can support Paul by buying Beyond the Labyrinth