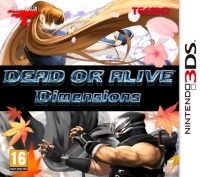 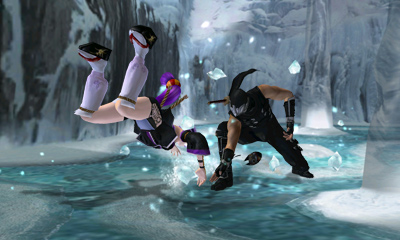 Dead or Alive Dimensions has been released on 3DS and been provided for us to preview/review by the publisher.

Dead or Alive Dimensions focuses on presentation and fluidity of movement on the 3DS. The bigger question is whether the franchise's previous obsession with female anonatomy will be set aside for a more family friendly release.

With the 3DS just around the corner Team Ninja have announced their contribution to the platform. Dead or Alive Dimensions will be the 5th Dead or Alive, but the first to grace a Nintendo system; a fact which gained a cameo from Samus (of Metroid fame), though she will remain unplayable in game.

Dead or Alive has always offered a distinct fighting experience. Slightly less serious than other one-on-one fighters like Super Street Fighter IV (3DS), the series has a fluidity to combat with a heavy reliance on counters, that isn't seen in competing titles. Early footage shows all this remains in place, as well as do the multi-leveled interactive environments that have long been a staple of the series.

Dead or Alive Dimensions runs at an impressive 30 frames per second on the the 3DS - which looks even better on the smaller screen. More discerning fighting game fans turn off the 3D to boost performance up to a silky smooth 60fps.

Other features will include, multiplayer through Wi-Fi, a Chronicle story mode that will revisit previous DoA fiction and buttons on the second screen to execute special moves and combos (as we recently saw in Street Fighter on the 3DS).

The full cast makes a comeback (including the hyper real beauties Team Ninja has always taken care in promoting) in Dead or Alive Dimensions as it aims to cement the 3DS as the new fighting game console of choice.

Dead or Alive Dimensions is set to release in Spring 2011.

You can support Paul by buying Dead or Alive Dimensions