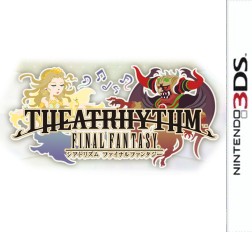 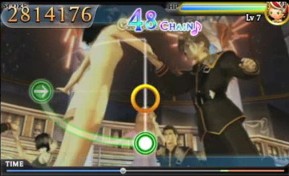 Final Fantasy: Theatrhythm promises a musical diversion away from the vast worlds of the long-running RPG series. It's easy to see why Final Fantasy's music deserves a spotlight.

Final Fantasy: Theatrhythm is the latest in a long line of spin-off games inspired by the ever-popular RPG adventures. In retrospect, it seems almost odd that it has taken so long for a game celebrating the incredible music of the series to come about.

From humble NES origins to the latest incredible multi-media spectacle that Final Fantasy XIII-2 promises, the dramatic themes and catchy background melodies of Final Fantasy are among the greatest game scores around. Final Fantasy Theatrhythm takes those melodies and packages them into a rhythm action game.

Being a Final Fantasy title, this game would be incomplete without questing elements and incredible visuals. With levels based on the original games, Final Fantasy Theatrhythm provides music-based challenges with items to collect and worlds to travel within; as well as this, the musical timeline is played out over graphics inspired by the games, or overlayed on the incredible CG movies from the original stories.

It's hard to tell at this stage how much depth the game will provide with characters, collectibles and levelling-up. It will also be fascinating to see how these elements contribute to the core rhythm action, if at all. At the very least, as long as the tunes are the series' greatest hits and the basic gameplay is solid, then any RPG-like depth will be the icing on the cake

Final Fantasy has, in my opinion, the most striking and catchy game music of all time and I'll certainly be looking to see how this quirky 3DS title develops.

Final Fantasy: Theatrhythm is currently in development for the Nintendo 3DS with no firm release date.


You can support Paul by buying Final Fantasy: Theatrhythm