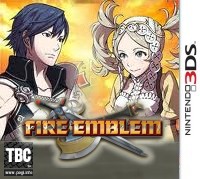 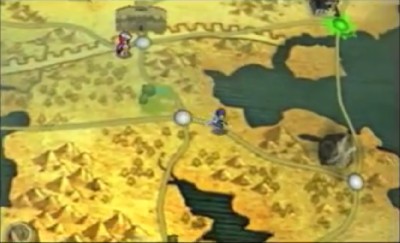 Fire Emblem comes to the 3DS and brings with it the fresh promise of expandable paid DLC content (ed: along with the related high quality adventure action activity the series is usually associated with in some quarters of videogame land).

There aren't many games for Nintendo systems which allow for additional paid content to be added. Guitar Hero World Tour paved the way on Wii, but beyond standalone Wii-Ware, DSi-Ware and 3DS titles, Nintendo themselves have not ventured into this territory before (although some titles such as Professor Layton have had free additional content available for download before).

As a game itself, this portable entry in the Fire Emblem series looks set to bring a much-needed return to the turn-based strategy which the 3DS delivered so successfully with Ghost Recon: Shadow Wars and sees players moving around an overworld map, moving into locations to fight. Reportedly, this will allow you to take part in optional battles to grow your heroes.

It's unclear at the moment what form the additional content will take. It may be additional weapons, items or armour for the characters or it may be as extensive as new maps or even entire additional campaigns for the adventure.

However at this stage Fire Emblem 3DS looks to be a highly attractive, strategic and gripping title and we can only hope it receives a release outside Japan.

Fire Emblem is currently planned for release on the Nintendo 3DS and is awaiting an European and North American release confirmation.


You can support Paul by buying Fire Emblem