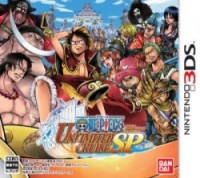 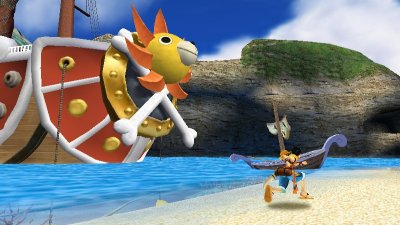 One Piece Unlimited Cruise SP has been released on 3DS and been provided for us to preview/review by the publisher.

"One Piece Unlimited Cruise SP is something of an oddity if, like me, you haven't heard of Anime. Nevertheless the striking characters and exciting action manage to shine through..."
- Novel Gamer (Mon, 02 Apr 2012)

One Piece Unlimited Cruise SP brings together the two previous Wii episodes into a single game and re-imagines the action in 3D.

One Piece Unlimited Cruise SP is based on the anime series and is a remix of two titles for the Nintendo Wii. It is a third-person action-adventure in the Zelda style, although with an emphasis on highly varied combat, special moves and a range of playable characters. The fighting appears to be the strongest element, with a versus mode that turns the game into a more tradition one-on-one fighter. Each character has an individual moveset, with special attacks true to the original TV series.

The adventuring side of the game appears more simplistic, perhaps more akin to Monster Hunter's broader strokes than Skyward Sword's love of minute puzzle detail. Nevertheless the characters look beautifully animated and the gameworld appears to be fascinating.

One Piece Unlimited Cruise SP is very much a dungeon crawler with a huge array of items to collect and skills to develop for each character. The Wii version managed to find a niche despite a mixed reception. Generally those who enjoyed the anime series seemed to respond to it most positively.

As a Wii title, the graphics looked a little sparse on the big screen; however, the bold characters and colourful scenes should be a perfect fit for the 3DS' smaller screen. We will be very interested to see how this shapes up when it is released.

One Piece Unlimited Cruise SP is currently planned for release on the Nintendo 3DS in February 2012.


You can support Paul by buying One Piece Unlimited Cruise SP