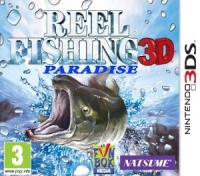 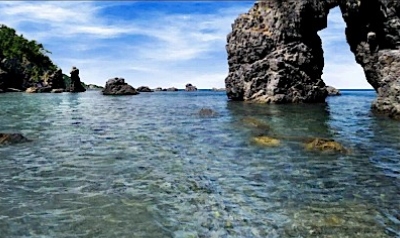 Reel Fishing Paradise brings a little Monster Hunter to the prize fishing world with a realistic rather than exuberant experience.

As we said about Anglers Club: Ultimate Bass Fishing Fishing games were a big novelty when they first emerged back on the Dreamcast. Since then there has been a steady stream of similar games along with the ubiquitous Fishing Rod controllers.

Reel Fishing Paradise comes from a less obvious source than Angler Club. Natsume are better know for Harvest Moon, so a fishing sim is something of a surprise.

It is these tranquil lake, rocky coast and flooded forest locations that the developer has focused on, and from the screens we have here it looks impressive.

This being a videogame, there of course has to be a sense of progression. This is provided by a huge variety of fish (from largemouth bass to bluefin tuna) as well as an almost Japanese role play customisation of rods, reels, lines, lures and bait. Perhaps offering more than just a casual glance towards the upcoming Monster Hunter 3DS.

Reel Fishing Paradise is released on 4th November on the Nintendo 3DS.

You can support Paul by buying Reel Fishing Paradise