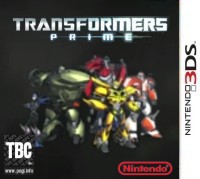 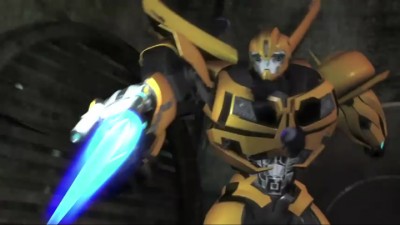 Transformers Prime springboards the animated TV series into a fun action-adventure featuring the characters from the show.

After the explosive excess of the movies which re-imagined Transformers as a futuristic military blockbuster, the animated series of Transformers Prime has proved to be a welcome way to recapture the magic of old-school Transformers and it has certainly been popular with young audiences.

Like the DS version of Transformers: War for Cybertron (DS), this game looks to be shunning the darker, more adult version of the modern transformers franchise and replace it with the humour, colour and fun of the original series.

Described as an action-brawler with driving sequences, little else is currently known about how the game will play. Personally my favourite videogame take on the series is Atari's excellent Transformers (PS2), released in 2004. Preceding the film reboot by three years it was an excellent combination of shooting and vehicle combat, in one of the most impressive outdoor designs I'd seen on the PS2. This game could do a lot worse than borrow from that excellent example.

Transformers Prime is currently planned for release on the Nintendo 3DS and Nintendo DS later in 2012.


You can support Paul by buying Transformers Prime