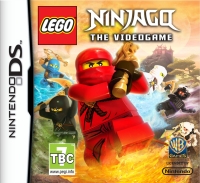 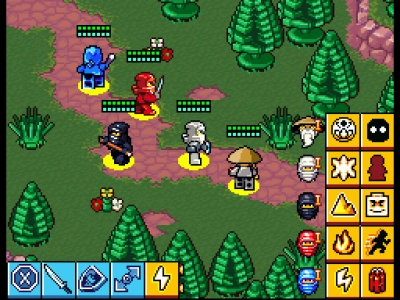 Lego Ninjago has been released on DS and been provided for us to preview/review by the publisher.

"Lego Ninjago The Game DS is a very light adventure that features some of the cutest ninjas ever, but delivers little in terms of ninja action..."
- Story Gamer (Mon, 16 Jul 2012)

Lego Ninjago offers a second bite at the pint-sized real-time strategy cherry. But the clincher will be whether it can create an endearing Lego world that players care enough about to invest long hours in.

Lego Ninjago follows up Lego Battles' block based real time strategy on the Nintendo DS. Focusing just on the new Ninja Lego set rather than the eclectic approach of the previous game, Lego Ninjago casts players as masters of Spinjitzu - a spinning tornado attack that defeats enemies while restoring harmony to the world (ed: some trick!).

A double good/evil single player campaign mode is provided. Like the first game, Lego Battles, players have to manage resources, troops and building projects to progress successfully. Alongside the Singleplayer are the Battle and Multiplayer modes.

The game is being released alongside a wider launch of the Lego Ninjago line of toys. It is scheduled to be released in Spring 2011.

You can support Paul by buying Lego Ninjago