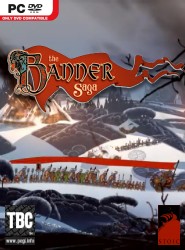 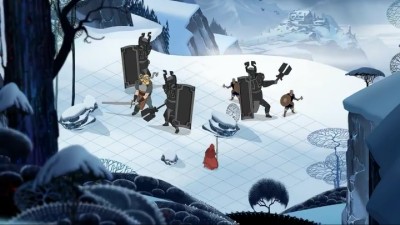 Banner Saga is a new independent creation from three game makers who have formerly been working on Star Wars: The Old Republic (PC). Inspired by animated films, they have created a game which will use traditionally animated characters throughout both cut scenes and game play, to create a truly stunning visual design.

It's also excellent news for the oft-neglected fans of turn-based strategy, as Banner Saga will deliver turn-based strategy combat, not unlike Ghost Recon: Shadow Wars (3DS), in my opinion one of the best games available. Overlaid on top of this will be a rich story and roleplaying adventure, in which your own exploits and history will be recorded on your clan's banner for record.

A large cast of playable characters is promised for Banner Saga with unique fighting abilities and an important part to play in the story. However, it's clear that the creative team are wanting to make the story flexible enough that it will be possible to lose key characters along the way, falling in battle. Their legend will be recorded on the banner for all time, in a way which puts me in mind of Cannon Fodder's famous cemetery of the fallen.

Banner Saga is currently planned for release on Windows PC and Mac in November 2012.


You can support Paul by buying Banner Saga