Torchlight II is a PC Game That Consoles Can't Match 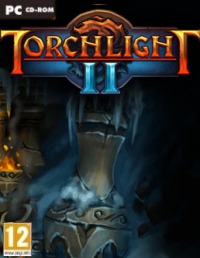 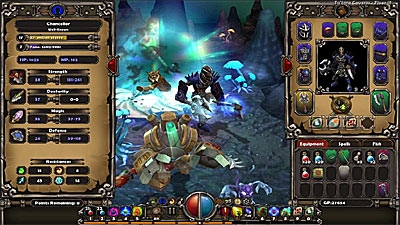 Torchlight II promises to learn from the mistakes of the first game by including multiplayer and demonstrates that the PC still has one major edge over console gaming: a wealth of modding opportunity.

Games have become very closed in recent years, aside from games such as LittleBigPlanet 2 (PS3) and Modnation Racers (PS Vita) which promise to provide tools to create additional content. In former years of gaming, especially on the PC, it was common for gamers to form communities around creating new content and ideas for games. It was this flexibility which made Quake III such an enduring product for so many years after its initial release.

Modding will be a huge part of the Torchlight II experience, with the developers promising to release the developer tools alongside the game's release. Modding will allow fans of the game to alter many major elements of the gameplay, such as equipment, character skills, monsters, environments and possibly in-game objects. It may even allow whole new adventures to be created and shared with other players - something which consoles generally only offer as paid DLC.

With games companies having to do so much to combat piracy, consoles have been seen as an effective solution: curbing piracy by refusing to allow gamers free control over the way files and parts of games are able to run.

It's a timely reminder of how much gamers have been changed from a participant community to simply being consumers of entertainment in the last ten years. I still miss my time spent with modding communities and I'm usually turned off by the in game tools of titles such as LittleBigPlanet, because while they allow me to create additional content, the end result is always fixed and determined by what is provided on the disc. With so much creative freedom allowed, Torchlight II could be a highly interesting prospect for RPG fans, especially post-Minecraft.

As well as this, Torchlight II will feature co-operative online play, something which was noted in its absence in the first game. The game features only four default player classes, the Engineer, the Outlander, the Berserker and the Embermage. While these seems to translate fairly simply to warrior, ranger, barbarian and wizard it is nice to see some creativity being exercised in the area of fantasy roleplaying and Torchlight II's attractive Steampunk universe is a welcome breath of fresh air.

Torchlight II has been regularly delayed over the last year, but is currently expected for release on Windows PC in the early part of 2012.

Developer Runic Games have delayed the release of Torchlight II to spend more time polishing the interface for the original Torchlight on Xbox Live Arcade, scheduled for release on March 9th.

They are otherwise positive about their progress on Torchlight II, and are suggesting it will also benefit from technological improvements going into the Xbox game, such as improved load times and animations.

Torchlight II's release has been pushed back probably until July, initially as a PC download title.

Torchlight's colourful aesthetic and Diablo-style combat were a hit with action-roleplaying fans. It has also spawned an active modding community, that can expect just as many tools to play with this time around.

Runic Games are responding to many fans and reviewers that were disappointed by the lack of multiplayer in Torchlight. Additionally, they are using it to perfect their multiplayer in the lead up to eventually producing a Torchlight MMO.

Rather than being simply Torchlight plus multiplayer, Torchlight II looks to expand on the game significantly. In addition to peer-to-peer co-op multiplayer with friends, Torchlight II will be larger and more diverse, including a range of indoor and outdoor environments, and adds day-night cycles and weather.

Torchlight II will be available in 2011, initially as a digital download for PC, with a Mac version also in the works. Runic Games are aiming at a May-June release.

With the original Torchlight coming to XBLA in February, there is hope that Torchlight II might eventually make it to consoles, though they are focused solely on the PC version at this stage.


You can support Paul by buying Torchlight II