Little Big Planet 2, not happy with the already colossal 3.5 million user generated levels, continues its quest for Sackboy world domination with a Facebook app and competition to boot.

The create a sackboy Facebook app is a bit like the Mii creator on the Wii and 3DS and lets you pick and mix different expressions, outfits and accessories until you have your perfect Sackboy creation.

But beyond the brand extension and nice little lunchtime office distraction, the playful nature of Little Big Planet actually says a lot about where Sony sees themselves as a company. Their Make.Believe moniker has been gathering momentum for a while now, but it wasn't until making the connection to Little Big Planet that it really clicked for me.

Make.Believe talks of Sony's desire to enable people to leverage their creativity with technology. Little Big Planet's ability to turn ideas into reality is a great showcase for this. Not least because a group of everyday gamers were able to turn their imagination into reality. With Sony's backing Media Molecule created a massive hit and gaming phenomenon that is still making its presence felt years later. 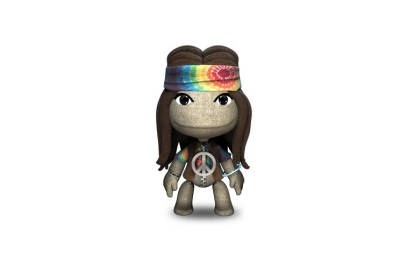 After a few minutes using the Sackboy Facebook App I had concocted a suitably alternative Game People character. Have a go yourself and post a link in the comments, we'd love to see what you come up with, what's more you can enter your Sackboy in the competition to win Sony BRAVIA TV, a PlayStation 3 and a Sackboy toy (ed: forget the tech, I just want a Sackboy plushy!).

While it may be a while before any of my Little Big Planet creations are stable enough to release into the wild, maybe my little Sackboy can prepare the way somewhat. I just need to get the kids off the App now, so I can try out some different designs.

You can support Paul by buying Little Big Planet 2