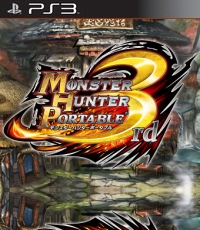 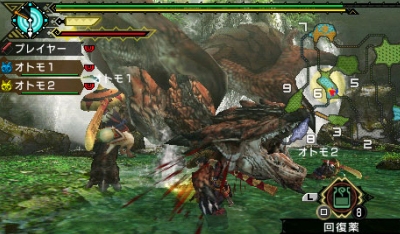 Monster Hunter comes to the PS3 after a couple of false starts. But this is no longer in the form of previously promised Monster Hunter Tri (Wii conversion), but an HD version of the (unreleased in Europe/US and PSP-native) game Monster Hunter Portable 3rd.

Monster Hunter Portable 3rd HD Version, as it seems to be currently titles (although surely it will be shortened a little), will provide HD PS3 visuals as well as 3D compatibility. If you already play the game on the PSP you can also chare your save files between the two formats (PS3 and PSP).

Less positive is the news that online play will only by Ad Hoc rather than a property friends roster system. This means you are likely to be adventuring alongside strangers, and dependant on their good behaviour and proficiency for a good session.

The title is the first in a series called PSP Remastered. This will take a variety of PSP and zooped them up for the PS3. It's not a big leap to imagine that these will then be made available on the NGP/PSP2 when it arrives near Christmas.

I expect to see Monster Hunter Portable 3rd HD Version released before the end of the year on PlayStation 3.