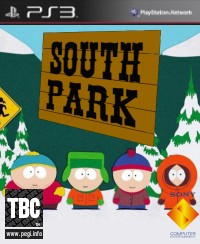 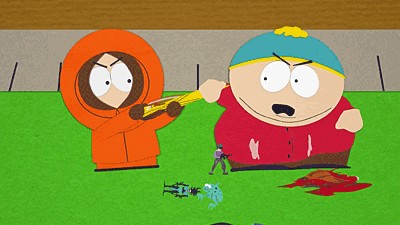 South Park: The Game promises an epic roleplaying experience with the tongue in cheek humour of the TV series. Perhaps a nice break from all those serious expressions of people killing goblins for their gold.

South Park has been made in to a game a few times before, notably as a snowball-throwing first-person shooter on the Playstation and N64 and more recently in South Park Tower Defence (XBLA). However, with Obsidian Entertainment (creators of Fallout: Vegas and Alpha Protocol) at the helm this is sure to be a deep and engrossing roleplaying experience. It will be interesting to see how well the modern days antics of the series will translate into a genre most usually associated with fantasy and sci-fi settings.

However, the heart of South Park is the massive range of great characters and slapstick comedy, so hopefully that will translate well to a roleplaying scenario. At the moment I can only imagine something like Costume Quest (XBLA) but with more killing and more adult humour.

The game will be set in the town in which the series is set and players will journey alongside Stan, Kyle, Cartman and Kenny. The question remains: just how many extra lives will Kenny have to collect?

South Park: The Game is currently planned for release on the Playstation 3, Xbox 360 and Windows PC in the last half of 2012.


You can support Paul by buying South Park: The Game