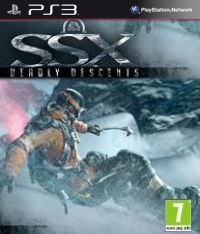 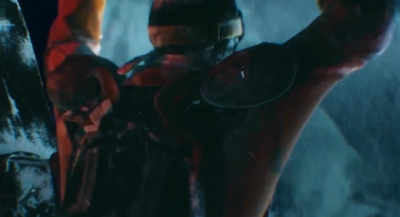 SSX: Deadly Descents' downhill snowboarding throws you onto real world mountains. Combine this with the over-the-top snowboarding action the series is famed for and it has a lot of potential.

SSX was always extreme, not least for its larger than life characters and frantic trick based game play. After the slightly lack lustre SSX Blur (Wii), SSX Deadly Descents is the series' first outing on the 360 and PS3. EA plan to harness this extra power to add a little more realism to the mix.

One of these additions is the modelling of tracks after real world mountains (such as the Himalayas, Kilimanjaro and The Alps), using topographical data from Google Maps. Each real setting will be matched to the best game type for it.

As you move through the environment, carving, jumping and landing, real world physics are again used to deform and model your path through the snow . Moving on shallow inclines and thick safe snow will do little to the world, but thinner areas and harder landings on steep inclines will result in dramatic reactions. Landing hard can cause crevices to appear that will have to be avoided or even create avalanches to be outrun.

Helicopters will even hover between certain chasms to help navigate longer jumps by swinging from their undercarriage and wing-suits will also enable you to take on gliding sections.

If these ideas can be matched with smooth flowing action this could signal a triumphant return to form. There is still a little way to go before we can really tell.

SSX Deadly Descents hopes to revive and redefine the popular snowboarding franchise, challenging players to descend some of the world's most formidable mountain ranges.

Deadly Descents will take the SSX (Snowboarding Supercross) series in a new direction, as it replaces the previous bright, over-the-top tracks with a grittier real-world setting.

Though clearly different to previous SSX games, it remains to be seen if Deadly Descents will provide a satisfying snowboarding experience of its own. It follows the exploits of a snowboarding team determined to be the first to conquer treacherous slopes around the world. Regions include Antarctica, the Himalayas and Kilimanjaro. Data from Google Earth is being incorporated to create more accurate terrain in the various regions.

Deadly Descents will include wingsuits and helicopter drops, as it ramps up the extreme sports vibe. A rewind feature will allow you to correct mistakes, mitigating the danger of experimenting with shortcuts on dangerous slopes.

Pre-existing character Elise Riggs will be returning in Deadly Descents, with no other characters announced at this stage. I'm also waiting to see how Move and Kinect may be used after the slow take-up of the Wii's motion controlled SSX Blur.

SSX Deadly Descents is expected to be released on Xbox 360 and PS3 in late 2011.

You can support Paul by buying SSX Deadly Descents