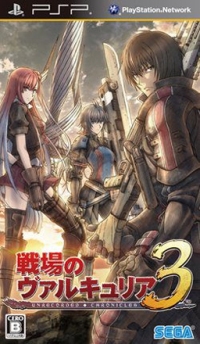 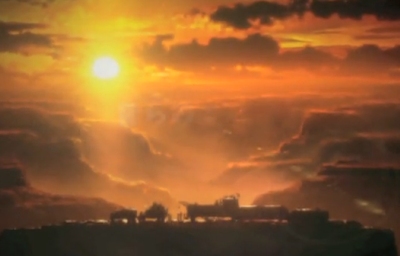 Valkyria Chronicles 3 offers larger battles, special powers and improved visuals. But it's still the unique mix of turn based and real time strategy that makes another game in the series an enticing proposition - providing they don't overdo the supernatural abilities.

Coming to PSPs in Japan early 2011, and yet to be confirmed for the US and UK, Sega's third instalment of Valkyria Chronicles addresses complaints levelled at the previous game and adds a dose of fantastical Manga superpowers.

The move to a portable system surprised many players who expected a follow up to be on the PlayStation 3. But with the PSP being the Japanese teenage boy's console of choice Sega saw an opportunity to widen the market. It's a move that must have worked as now, a mere year after its release, a third game is set to arrive on the PSP early next year.

During my time with the Valkyria Chronicles 3 I was pleasantly surprised with the change in tone. While only one level was playable, the experience was obviously more sombre and placed heavier emphasis on a genuine wartime setting - rather than the hormone charged training camp. It was a welcome change that reminded me of the original PS3 release and created a fiction of real gravity.

In conjunction with this tonal shift, the gameplay has also been revisited. Although the underlying systems remain in place, Valkyria Chronicles 3 sees the addition of new classes and superpowers. Although it's largely the standard iteration and tweaking expected of a sequel, there are some substantial differences here.

The new classes combine with the branching experience-path of the previous game to create a considerably more complex experience. But the bigger changes are the new superpowers. These take things into completely new territory with Manga style special attacks and magical abilities, thanks to a Valkyria now being a part of your squad.

The affect of these additions could be felt as I activated one of my character's powers. She, as a Valkyria and could turn into what could best be described as a human tank. Upon realizing the existence of this power I suddenly found myself able to completely reinvent my strategy on the ground as my troops moved around battlefield.

Another change for Valkyria Chronicle 3 is the larger single player maps. In the previous PSP game the developers were forced to split maps over maps a number of small distinct areas to ease the burden on the PSP's limited memory. Although this approach remains, the individual areas are now a lot bigger - reducing the number of tiles and interruptions to play. Draw distance has also been upped in the sequel, enabling you to have a better look at the new crisper graphics.

Providing Valkyria Chronicles 3 can keep its Manga leanings in check, and retain its serious strategy edge this looks like it will be a better step forward for the series than the previous diminutive release.

Valkyria Chronicles 3 is available January 27 2011 in Japan and is yet to be announced for other territories.


You can support Paul by buying Valkyria Chronicles 3