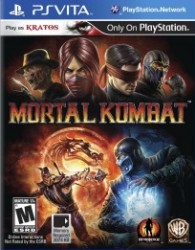 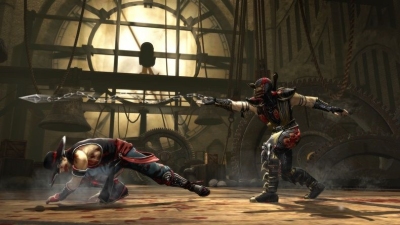 Recently announced, Mortal Kombat on the Vita looks to be a straight translation of the Playstation 3 reboot of the series. This is no bad thing, as Mortal Kombat (PS3) was a highly entertaining romp if you could get on board with the grotesque visuals and over-the-top violence. It's a game which always divides opinion and this is sure to be no exception.

One character who'll be glad to see the bloody shenanigans make a return will be Kratos from the God of War series, playable in this Vita version as he was in the Playstation 3 edition. In the world of game characters making a quick cameo in a fighting game, I have to agree that Kratos seems to fit in amongst the MK roster very neatly, in ethos and moves.

There's no word as yet as to the full features of Mortal Kombat on the Playstation Vita, but it's a safe bet that with all the power available to the Vita and the online and 3G modes, that the majority of the original game's features will be able to be included, including online play. In fact, while handheld consoles have for many years been promising a big console experience on the move, it does seem that the Vita finally has what it takes to deliver on that promise. It will be good to see handheld versions of games appear without their key features stripped.

Mortal Kombat is currently planned for release on the Playstation Vita and is released 4th May.


You can support Paul by buying Mortal Kombat