Sunflowers Vita is Pokemon with Plants 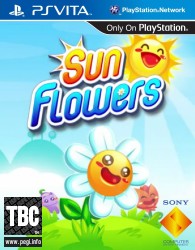 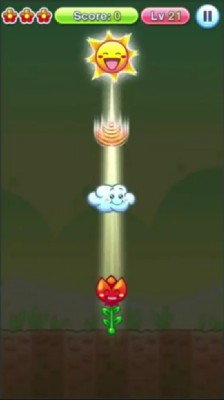 Sunflowers is an intriguing new strategy puzzler for the Playstation Vita and will re-introduce a feature which occasionally sees sunlight on a handheld: vertical display.

It's a rare game which subverts the control system of a handheld, taking advantage of a screen which is quite capable of being portrait as well as landscape, but Sunflowers is doing so, casting the player-controlled sun high above a parched landscape.

Part puzzle game, part shooter and part collect-em-up, Sunflowers will challenge you to raise up a bed of flowers through controlling the sun. Rays of sunlight are deadly if they hit the plants directly, so timing and precision must be employed to pass the beams through a cloud which releases water which causes plants to grow.

Thrown into the mix will be different seasons, changes between day/night and three difficulty modes. There are reported to be 300 different types of flowers to grow and collect, offering a collection meta-game to rival Pokemon itself. Flowers each feature a little trivia and can be traded with other players, either through your friend list online or using the Near function of the Vita.

Sunflowers will be a downloadable title, ideally aimed at more casual gameplay and will surely be hoping to rekindle the enthusiasm for titles such as Plants Vs Zombies (DS) and Triple Town (PC).

Sunflowers is currently planned for release on the Playstation Vita soon in 2012.


You can support Paul by buying Sunflowers