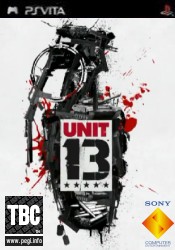 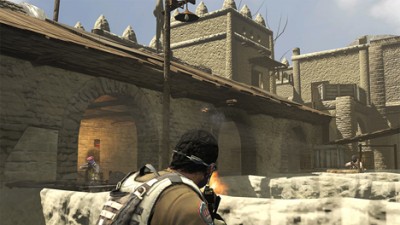 Unit 13 promises an exciting new idea on the Playstation Vita, born from the legacy of great online shooters.

Unit 13 is a third-person military shooter developed by the team behind MAG and SOCOM. This is a significant heritage, as the early SOCOM games were the driving force behind many PS2 players making the effort to game online. Featuring large online multiplayer battles and voice chat (for many for the first time), SOCOM set a standard for online console shooters. Make no mistake, before there was Call of Duty: Modern Warfare, there was SOCOM.

Meanwhile Unit 13 is set to provide 36 engaging missions across nine locations. It will also feature online competitive multiplayer as well as a co-operative mission mode. It is a modern special forces shooter with mission premises designed to ring true with modern headlines. So, SOCOM in all but name?

Beneficially, this game has been designed entirely with the Playstation Vita in mind, so it is likely that the experience will suit the new handheld perfectly and will avoid any potential messiness created by trying to force a previous title onto new hardware. Perhaps this is the reason to break away from the SOCOM franchise, to encourage players that this offers a totally new experience?

But that best fit is more than a purely technical consideration. Unit 13 has been designed to fit in with the ethos of the portable console: bite-sized gameplay and non-linear missions that will suit gaming on-the-go.

Having said that, with full voice chat and six players classes - Infiltrator, Sniper, Soldier, Technician, Point Man, Support - this is sure to provide more than a bite-sized strategic challenge for a team of players. This could potentially be an essential launch title for every Vita owner.

Unit 13 is currently planned as a launch title for the Playstation Vita on the 22nd February 2012.


You can support Paul by buying Unit 13