The Last Story is the End of the Wii 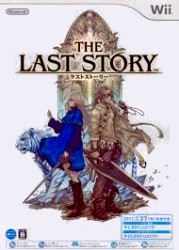 Other GamePeople columnists have reviewed this from their perspective - huh?:
Novel Gamer (Wii) 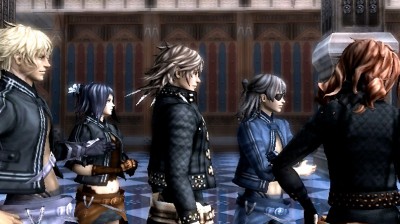 The Last Story has been released on Nintendo Wii and been provided for us to preview/review by the publisher.

"The Last Story stabs at a big budget RPG on the low-tech Wii, but in spite of excellent visual design and story-writing, only die-hard Wii fans will overlook its faults..."
- Novel Gamer (Thu, 26 Apr 2012)

The Last Story is a new Final Fantasy style action RPG from Nintendo. It could be the Wii's swan-song, but with Zelda Skyward Sword and Xenoblade Chronicles also vying for that crown it has its work cut out.

The creator of Final Fantasy famously gave that series its name in frustration, so the story goes, because he believed that the original Final Fantasy would be his last stab at creating a game. Now that Final Fantasy is on its 13th iteration (or 15th depending on how you count it - more if you include all the side games that have been released), surely the name began to ring false some time ago.

The Last Story is the latest title from the Studio formed by the creator of Final Fantasy and so it seems like poor wisdom to begin a new game series with a name of "The Last" anything. Perhaps when The Last Story VII is in development we'll look back and chuckle.

The game itself looks like an entertaining action-based RPG, with gorgeous visuals and even competitive and co-operative multiplayer. Sadly it sounds as though the multiplayer will be grouped by region, demonstrating once again that Nintendo's online gaming is still miles behind the 360 and PS3. However, it's better than the usual lack of multiplayer options.

Honestly, it looks like a Final Fantasy offshoot in all but name, which isn't necessarily a bad thing. With sumptuous visuals and customisable weapons it might be a worthy successor to the excellent Xenoblade Chronicles.

The Last Story is currently planned for release on the Nintendo Wii on the 24th February 2012.


You can support Paul by buying The Last Story