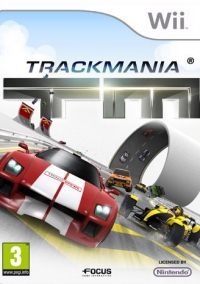 Other GamePeople columnists have reviewed this from their perspective - huh?:
Tech Gamer (Wii)
Perpetual Gamer (DS) 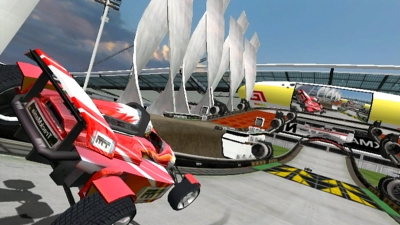 TrackMania has been released on Nintendo Wii and been provided for us to preview/review by the publisher.

"Track Mania Wii strips the racing down to man against tarmac. A little sparse compared to other Wii games the genius here needs a little work to uncover, but for serious time-trial racers this has been a long time coming..."
- Tech Gamer (Sat, 04 Dec 2010)

"When people look back at the games that made Nintendo's handheld console huge, Mario Kart DS will be firmly at the top of the list. Please ladies and gentlemen let me introduce you to the next big racer on the DS, Track Mania. All the realistic physics of driving and a rewarding sense that you playing a good grown up driving game without any yoshing about. Firebrand Games have brought us a serious racer on the DS that feels just perfect. .."
- Perpetual Gamer (Mon, 11 Aug 2008)

TrackMania Wii offers not only a much needed serious racing game on the platform, but also the ability to create your own dream circuits.

The popular community based PC racing game arrives on the Wii. Happily, the track creation and driving retain their freshness while being tailored for the Wii's controls. You use the Wii-mote and Nun-chuck or Classic Controller to drive racing cars around the spectacular tracks full of ramps, loops and turbo boosts.

Of course the most compelling element of all this is the track editor that enables players to create and share their own courses.

You can support Paul by buying TrackMania